Keppel in Talks with Petrobras to Build FPSO for Buzios Field 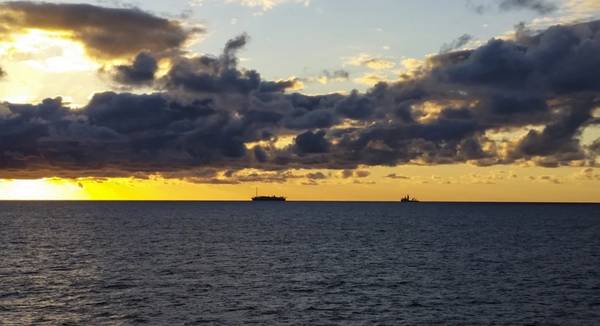 Singapore's Keppel Corporation has confirmed it has been in talks with the Brazilian oil company Petrobras to built an FPSO vessel for the Buzios field offshore Brazil.

In a statement on Friday, responding to an article by Upstream Daily News, Keppel Corp. said: "The company wishes to confirm that its wholly-owned subsidiary, Keppel Shipyard Limited, is in advanced discussions with Petrobras in respect of a contract to build a floating production storage and offloading vessel for the Buzios field offshore Brazil, but no definitive agreements have been entered into as at the date of this announcement."

"The company will make the relevant announcement in accordance with the SGX-ST Listing Manual at the appropriate time," Keppel added.

Keppel Corporation will be releasing its 1Q 2021 business update on Thursday, 22 April 2021, when more info might be shared.

According to World Energy Reports, Petrobras plans to ultimately have 12 FPSOs in operation on Buzios by the end of the decade. Back in February, the Brazilian oil giant signed a letter of intent with Dutch FPSO supplier SBM Offshore for the delivery of what will be the sixth FPSO to be deployed in the Búzios field in the Santos Basin, offshore Brazil.

The FPSO will be the largest oil-producing unit operating offshore Brazil and one of the largest in the world, with a daily processing capacity of 225,000 barrels of oil and 12 million m3 of gas. Delivery of the FPSO is expected in the second half of 2024.

Worth noting, earlier in February, Reuters reported, that a consortium led  Keppel Shipyard had offered Petrobras the lowest price to build an FPSO for Buzios.

Keppel offered to build P-78, a 180,000-barrels-per-day production unit that Petrobras plans for its deepwater Buzios field, for 12.52 billion reais ($2.33 billion), the sources said, asking not to be named as the information was confidential, Reuters said at the time.