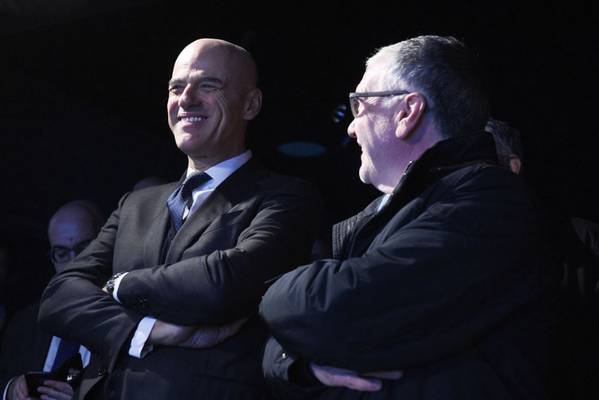 Italian oil and gas company Eni has received a carbon dioxide (CO2) appraisal and storage license (CS license) in an area located within the Liverpool Bay area of the East Irish Sea.

Under the license awarded by the UK Oil and Gas Authority (OGA), Eni plans to reuse and repurpose depleted hydrocarbon reservoirs (the Hamilton, Hamilton North and Lennox fields) and associated infrastructure to permanently store CO2 captured in NW England and N Wales.

"The application for a CS license was made by Eni in order to help address the decarbonization needs of NW England and N Wales and aims to be part of a collaborative effort with industrial companies to capture and transport CO2 from existing industries and future hydrogen production sites for fuel switching, heating, power and transportation in the context of UK targets for net-zero emissions by 2050," OGA said.

According to OGA, Eni expects the project to benefit local communities by creating new job opportunities and assist to develop the economy of the area while providing "a tangible pathway" to energy transition and decarbonization.

Andy Samuel, Chief Executive of the OGA said: “The OGA is very pleased to award this license for what we hope will be a highly successful project. The Energy Integration work we’ve been leading shows that the combination of various energy systems, including carbon capture and hydrogen, can make a significant contribution to the UK’s net zero 2050 target. HyNet is an exciting example of energy integration in action – re-using existing infrastructure and depleted reservoirs for significant carbon storage, coupled with hydrogen generation for a variety of innovative uses.”

Claudio Descalzi, Eni CEO commented: “I’m delighted and proud to announce the award of the license CS004 for carbon storage in the UK, first license of its kind for Eni. This is a vitally important project for Eni and represents a milestone for the 2050 Net Zero ambitions of the UK and a fundamental pillar for the strategy of energy transition and decarbonization that Eni is strongly committed to.”

Eni has been awarded a CS Licence with a six-year ‘Appraisal Term’, allowing assessments and planning that may lead to a subsequent application to the OGA for a storage permit and the associated approvals required prior to any CO2 storage operations commencing.