Nord Stream 2 Should Not be Used to Punish Russia, Says German State Leader 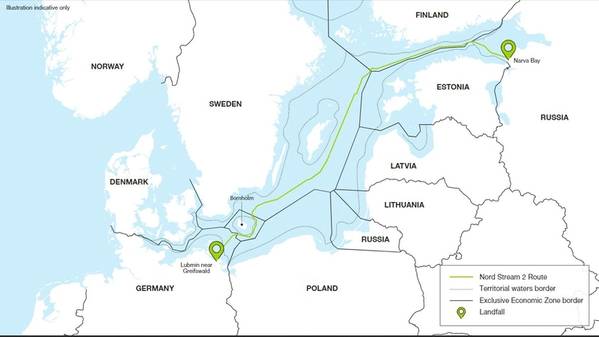 The Nord Stream 2 pipeline from Russia to Germany should not be used to punish Moscow over the poisoning of Kremlin critic Alexei Navalny, the leader of the German state where the pipeline is due to come ashore said on Friday.

The Kremlin has been facing calls from the West for strong action to punish Russia unless it provides an explanation for what Berlin has called an attempt to murder Navalny.

The German government this week questioned the pipeline, which it previously backed. Revoking support for the project, set to open next year, would amount to the most drastic economic penalty the West has imposed on Russia since the Soviet era.

Manuela Schwesig, premier of the north eastern German state of Mecklenburg-Vorpommern, said the pipeline should not be used "as a punitive means".

"The Baltic Sea pipeline is above all in the interests of Germany and western Europe as we want to achieve the energy transformation," she added.

The project is more than 90% complete, scheduled to operate from early 2021, and would double the capacity of the existing Nord Stream 1 pipeline from Russia to Germany, Europe's largest economy.

Schwesig criticized the idea of importing U.S. fracking gas as an alternative: "Just why anyone thinks that U.S. fracking gas should be cleaner and cheaper when it has to be shipped over here ... I don't know."

Chancellor Angela Merkel, who had until now been unwavering in her support for Nord Stream 2, wants to agree a response to the affair with Germany's European Union partners and is first awaiting an explanation from Russia.