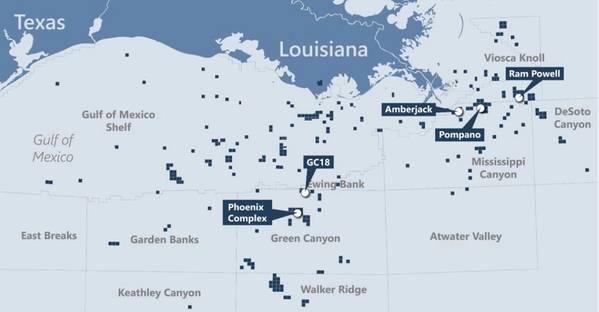 Gulf of Mexico operator Talos Energy has clarified that its business will in no way be affected by President Trump's executive order extending moratorium on oil and gas operations in certain areas of the Gulf of Mexico and the Atlantic.

"Talos reiterates that 100% of the company's assets located in the federal waters of the U.S. are in the Central and Western Gulf of Mexico Planning Areas, which are unaffected by the Presidential Order. Therefore, these actions have no impact on the Company's current or planned future operations and do not change the Company's ability to continue to responsibly develop its existing properties, acquire new leases, or obtain new drilling permits. Approximately 80% of the Company's U.S. net acreage is located in federal waters and approximately 20% in state waters and coastal lands," Talos said.

Talos has also used the opportunity to state that the U.S. Gulf of Mexico contributes over $28 billion to the U.S. economy annually and sustains over 340,000 jobs across all 50 states.

"Royalties from oil and gas production are the second largest contributor to the U.S. Treasury behind only the federal income tax," said Talos, whose CEO Timothy Duncan was recently Vice Chairman of the U.S. National Ocean Industries Association (NOIA), an organization representing offshore energy interests in the U.S.

Worth noting, following the announcement of President Trump's executive order, NOIA's President Erik Milito said: "The American offshore should be the region of choice for energy production.[...] American offshore production produces energy with a comparatively smaller footprint than other producing regions, occurs under the highest level of regulations and standards and does not give rise to issues of environmental justice. Furthermore, daily experience in the Western and Central Gulf of Mexico shows how offshore production goes hand-in-hand with environmental stewardship, national defense and other industries, including fishing and tourism."

“Our preference should always be to produce homegrown American energy, instead of deferring future production to countries like Russia and Iran, which do not share American values. Limiting access to our offshore energy resources only shortchanges America and dulls our national outlook," Milito said.

While the oil and gas industry doesn't seem to be to happy about the executive order, the same can be said for those who are calling for a permanent offshore drilling ban.

She said: "Every election season, the Trump administration declares drilling for oil off the coast of Florida “off the table,” but then sides with oil companies when voters aren’t watching. If President Trump truly meant what he said, he would call for Senate passage of the bipartisan Protecting and Securing Florida’s Coastline Act (H.R. 205) that passed the House in September of 2019 to make permanent the ban on drilling in the Gulf of Mexico.

"No one is fooled by an executive order that can be rescinded at any time, or by a President who has rolled back over 100 landmark clean water and clean air protections. Trump opposes investments in clean energy and the related cost savings for consumers. He ignores scientists, calls the climate crisis a “hoax,” and sides with polluters over the health of families every chance he gets. Voters won’t be fooled by this election year epiphany."