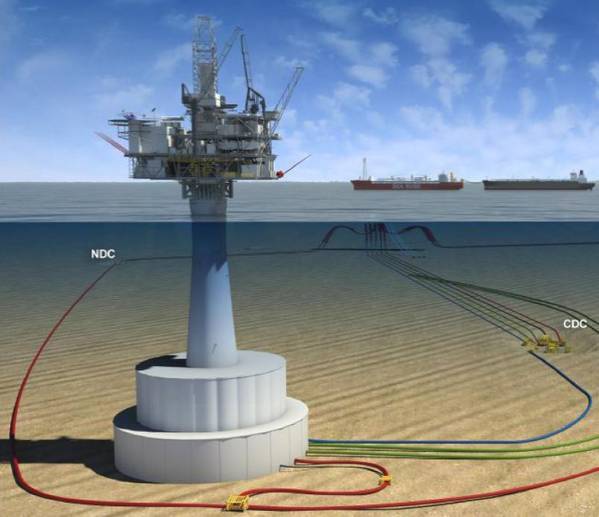 Canadian oil and gas company Husky Energy said Wednesday it would put under "a review" its West White Rose offshore oil project in Canada's Atlantic region, citing delays due to the suspension of all works on the project earlier this year due to the global pandemic, and the economic downturn that has ensued.

The oil company sanctioned the West White Rose development in May 2017. The field is being developed via a fixed wellhead platform consisting of topsides supported by a concrete gravity structure, tied to the Sea Rose FPSO in Canada's Atlantic Ocean.

Per Husky's fourth-quarter 2019 report released in February 2020, the project had been 57% complete at the end of 4Q 2019, with the first oil planned for around the end of 2022. COVID-19 then hit, urging Husky to halt all construction works in March.

In a statement on Wednesday, Husky said that the review followed the suspension of major construction activities in March due to the COVID-19 pandemic and the company’s capital re-prioritization following the global economic downturn.

According to Husky's statement on Wednesday, the project is now 60% complete, however, all major construction remains on hold while Husky determines a path forward, given a start-up delay of at least one year due to a tight offshore weather window."

“A full review of scope, schedule and cost of this project is critical, given the minimum one-year delay to first oil caused by COVID-19, and our priority of maintaining the strength of our balance sheet with ample liquidity,” said Husky Energy CEO Rob Peabody.

“Unfortunately, the delay caused by COVID-19 and continued market uncertainty leaves us no choice but to undertake a full review of the project and, by extension, our future operations in Atlantic Canada.”

Construction at Argentia and Marystown was suspended in March 2020 and construction workers demobilized due to COVID-19.

“This is a very difficult decision for us,” said Peabody. “We know thousands of Canadian families depend economically on these well-paid construction, contract, and operational jobs, and that these are not easily replaced.”

“We fully appreciate that this project represents billions in government taxes and other anticipated public benefits. Without it, these will not materialize,” Peabody said.

Husky said it has discussed the project’s challenges and risks with the provincial and federal governments, and proposed ideas designed to protect jobs and the economic benefits the project will deliver.

"The project’s longer-term fundamentals remain attractive, given the lower incremental costs per barrel and expected lower emissions intensity of the oil produced," the company said.

"However, sustaining project costs through a long delay in a negative economic environment is not an option,” Peabody added. “We need to find a solution now.”

With an expected peak capacity of 75,000 barrels of oil per day, West White Rose is designed to produce light crude oil at low incremental cost and, according to Husky, with lower greenhouse gas emissions intensity than other North American crude oil projects.

Husky is the operator of the White Rose field and satellite extensions, which are located in the Jeanne d’Arc Basin approximately 350 kilometers off the coast of Newfoundland and Labrador.