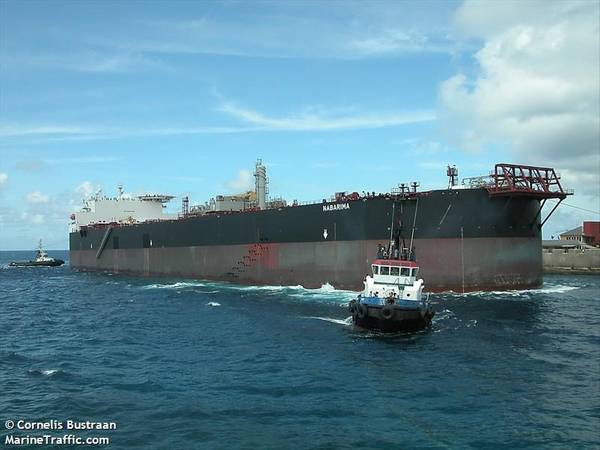 An idled oil storage facility off Venezuela's eastern coast is in "satisfactory" condition, an official with state company Petroleos de Venezuela said, after a series of incidents in recent months raised concerns about environmental hazards.

About 1.3 million barrels of Corocoro crude have been stuck for over a year aboard the Nabarima FSO (floating storage and offloading facility), part of the Petrosucre joint venture between PDVSA, as the company is known, and Italy's Eni SpA, as U.S. sanctions have complicated the nation's exports.

With no operating crew on board, in July the vessel presented an 8% incline that created the risk of a spill, and in late August a sea water leak led to flooding in the engine room. Both issues were resolved.

In the company's first public comments on the issue, PDVSA offshore executive director Pedro Figuera said in a late Wednesday night tweet that the vessel "complied with environmental and operational standards."

"The conditions of normalcy and operational reliability of the Nabarima vessel have been deemed satisfactory," Figuera wrote, along with a video of workers aboard the vessel.

Eni had said earlier on Wednesday that the vessel was "stable" and that it was evaluating options to offload the crude, some of which would need authorization under the U.S. sanctions regime.

The concern over the Nabarima comes a month after an oil slick, which opposition lawmakers said came from PDVSA's El Palito refinery, washed up on the shores of Morrocoy national park in western Venezuela, known for pristine beaches and sensitive mangroves.