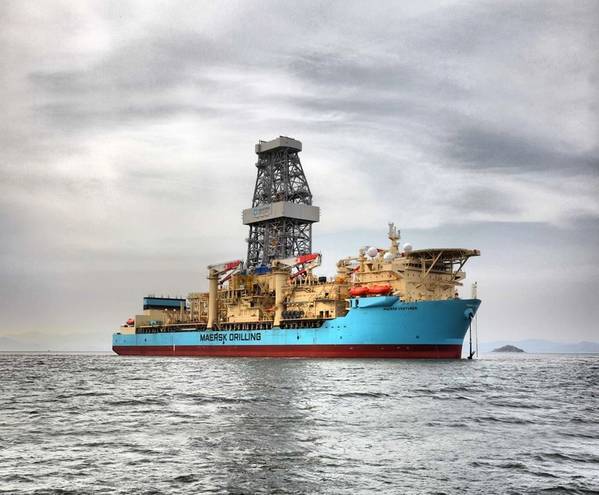 Oil and gas company Tullow Oil has extended the contract with Maersk Drilling for the use of the Maersk Venturer drillship in Angola, following the contract termination for the same rig announced in March.

Namely, Maersk Drilling in March said that Tullow had sent it a notice "of early termination for convenience of the drilling contract," for the drillship, under which the contract would end in June 2020, and not in February 2022 as previously planned.

Despite the initially planned termination in June, the rig is expected to stay with Tullow for a bit longer.

Namely, in a statement on Friday, Maersk Drilling said that Tullow had awarded the rig 60-day extension for redoing the completion of one well under the Maersk Venturer's original drilling contract. The extension began in July 2020 and will end by the end of August.