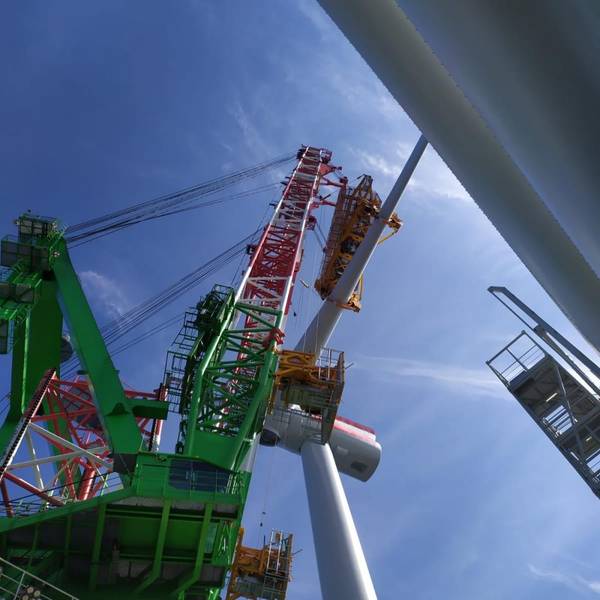 The first turbine was installed by DEME in June - Credit: DEME

Following the recent installation of the first offshore wind turbine generator at the Seamade offshore wind project in Belgium, the turbine has now started producing electricity.

SeaMade is a 487,2 MW offshore wind concession in the Belgian North Sea. Once complete, it will be Belgium's largest offshore wind farm.

The project is the result of a merger between the two concession zones Mermaid and Seastar. It was founded by Otary; a consortium of 8 Belgian shareholders.

Otary announced via social media on Thursday that the first turbine was now up and running.

The SeaMade project - located 40-51 km north of the Ostend headquarters - will be the 7th offshore wind project in the Belgian North Sea.

SeaMade will be fully operational by the end of 2020 and will produce enough electricity to power 485,000 Belgian homes annually.