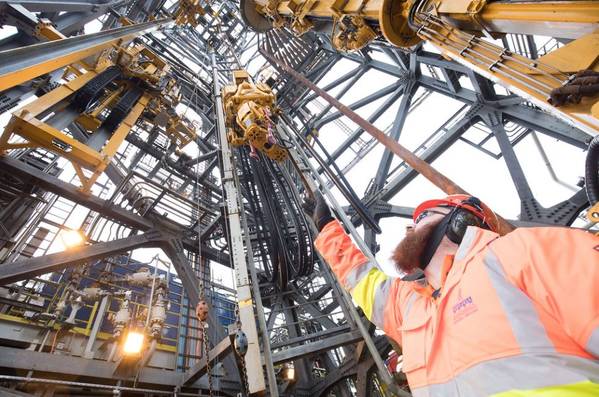 Illustration only: A worker on a BP platform - Credit: BP

British oil major BP will lay off 10,000 people by the end of the year in a move to cut costs, the company's CEO Bernard Looney said in a social media post on Monday.

Looney said: "The oil price has plunged well below the level we need to turn a profit. We are spending much, much more than we make – I am talking millions of dollars, every day. And as a result, our net debt rose by $6 billion in the first quarter. We have to spend less money."

He said: "We are working to bring down our capital expenditure by 25% this year – which is a reduction of around $3 billion. It currently costs around $22 billion a year to run the company – of which around $8 billion is people costs. So we are driving down those operating costs by $2.5 billion in 2021 – and we will likely have to go even further."

Following a drastic drop in oil prices, BP had in March Introduced a three-month redundancy freeze "to ease some of the immediate worry for people."

Majority of cuts in office-based jobs

"That moratorium ends today," Looney said, adding: "We will now begin a process that will see close to 10,000 people leaving bp – most by the end of this year. The majority of people affected will be in office-based jobs. We are protecting the frontline of the company and, as always, prioritizing safe and reliable operations.

Looney further said the most senior levels of BP will bear the biggest impacts.

"As an example, our new Tier 2 structure has more than halved the number of most senior-level jobs – and we are looking to reduce the number of group leaders overall by around one third," he said.

BP in March said it would delay pay raises that were due to take effect from April 1. Pay rises will be reinstated, starting October 1, but only for employees in levels up to and including level G.

"There will be no pay rise for senior-level leaders or group leaders through to 31 March 2021," Looney said.

As for promotions, that were also frozen in March, BP has decided to take the freeze off with effect from July 1.

"Promotions can then restart at all levels, but in a measured way that reflects the challenges we are up against," Looney said.

Looney said: "Everyone on the bp leadership team realizes these decisions will mean significant, life-changing consequences for thousands of colleagues and friends. And I am really sorry that this will hurt a lot of people who I know love this company as much as I do. And so we have spent a lot of time working on how we can do more than we normally do in these circumstances."

For those that will be laid off, Looney said BP would, "in addition to substantial severance packages", help them find new careers, offer professional coaching as assistance with job-seeking skills, "and provide people with a laptop and support them by building our alumni network, and more."

Commenting on news BP is to cut 10,000 jobs globally,Deirdre Michie Chief Executive of Oil and Gas UK, a body representing the UK offshore oil and gas industry, said: "This shows the very real and personal impact of the Coronavirus pandemic on jobs and livelihoods while companies are stepping up to deliver the net-zero agenda."

“There is a serious risk the UK loses the skills it needs not only to meet existing energy demands from domestic resources but also to meet the UK’s climate ambitions.

"It underlines the need to continue working with governments to deliver an inclusive, fair, and sustainable transition to a lower-carbon future. This is the best way to protect jobs, create new business opportunities, and ensure energy regions from the north east of Scotland to the east of England are not left in the dark.”