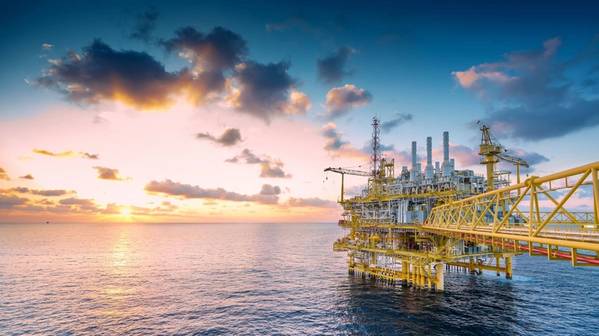 National Oilwell Varco Inc (NOV) has had a rough few years: Since 2017, the Houston company, whose drilling equipment is in major oilfields worldwide, has lost two-thirds of its value, costing shareholders a combined $9 billion.

Despite that performance, Chief Executive Clay Williams pocketed $3.3 million in stock in late February, solely because his company's total shareholder return over the three years ending in 2019 was not as bad as most of his beleaguered peers.

U.S. energy executives have retained such lavish payouts even as they have struggled for years to deliver shareholder returns - despite massive growth in domestic shale oil production.

Now executives' compensation is being insulated from the pain of the worst energy crisis in four decades, caused by the coronavirus pandemic. Stay-at-home orders to fight the virus have crushed demand for fossil fuels worldwide, forcing companies to cut thousands of jobs, slash billions in capital spending and, in some cases, fight for survival. On Thursday, NOV suspended its dividend to conserve cash.

Williams and his peers, however, are in line for another round of big payouts. CEOs at energy companies in the Standard & Poor's 500 index are sitting on $140 million in performance-based share grants made in 2019 that are scheduled to vest in 2021 and 2022, according to a Reuters review of their latest pay disclosures.

The reason? Energy companies, more than any other sector, measure performance only against other companies in the same industry, who tend to suffer at similar times. They use a metric called relative total shareholder return (TSR) and benchmark it against a pre-determined group of peer companies - making it possible for executives to get big payouts even if their companies' stocks lose value.

That system means the heavy shareholder losses expected this year will likely not translate to big reductions in CEO stock awards because the pandemic hit all oil companies in roughly equal measure.

With relative TSR as a key component of pay packages, energy company CEOs have been winning for losing for at least a decade. Investors, meanwhile, have just been losing. The total return of the S&P 500 Energy Index is 1% over the past decade, as of May 26, a period when the broader S&P 500’s total return rose by 243%.

Slightly more than one-third of S&P 500 companies benchmark relative TSR against a broad index of firms. No energy companies do, according to compensation research firm Exequity LLP.

Some of the worst performers in the energy sector recently awarded executives multi-million dollar payments as motivation to stay put and manage through the downturn. Chesapeake Energy Corp, for example, handed out $25 million in cash bonuses to executives just before it disclosed in May that it was considering bankruptcy.

Ben Dell, managing partner at investment firm Kimmeridge, said oil and gas firms are telling investors to be grateful the system works because, in some cases, CEOs are not getting 100% of their performance-based payouts.

"The abuse has been going on for years," said Dell, a critic of excessive executive compensation whose firm buys stakes in underperforming energy companies to push for change.

He said investors would benefit from reforms in CEO pay structures, but that the barriers to change are high because investors generally put little pressure on companies to rein in executive pay.

In proxy votes, investors overwhelmingly approve CEO pay packages in all sectors of the U.S. economy, including energy, regardless of stock performance. Average say-on-pay support in the energy sector was 90% in 2019, according to research firm Semler Brossy Consulting Group LLC. At NOV's May 20 annual meeting, executive compensation received more than 90% support from shareholders.

Exequity senior advisor Ben Burney, a leading expert on relative TSR, said it is fair for energy firms to judge their executives through comparisons to peers with similar business models. The volatility of energy prices makes broader comparisons more difficult, he said.

"If you are at the top of the group, you get more. If you're at the bottom of the group you get less," Burney said. "You don't have to reset goals with the ebb and flow of energy prices."

The use of relative TSR has helped top executives at the 15 largest oil and gas producers receive more than $2 billion in reported compensation in the last decade, said Doug Terreson, an energy analyst at Evercore ISI.

For example, Devon Energy Corp CEO David Hager received $1.3 million in stock at the end of January as a reward for total shareholder returns falling by 41% over three years. That was good enough for an 11th place finish among its 15-company peer group, Devon disclosed in its proxy.

Hager received only 60% of his target grant because Devon's TSR was below median performance in the peer group. The previous year, he received no TSR-related payout because Devon ranked 13th out of 15 peers.

Over the past three years, Williams of NOV has been paid about $13 million on average annually. In February, he received shares equivalent to 200% of his original 2017 stock grant because the company's relative TSR – a 32% decline in shareholder returns – was in the top quartile of the peer group.

The company's board of directors increased the number of shares it granted Williams in 2019 to keep his compensation high even as the stock lost value, another common tactic by energy firms over the past three years, according to company filings.

NOV's new cap limits CEOs to collecting 100% of their targeted stock grants if the company posts a negative three-year total return, regardless of how it stacks up against peer firms, according to the company's April proxy filing. That rule did not apply to Williams' payout in February.

Many investors have lost patience with the poor returns of energy firms. Shale oil companies helped make the United States the world's largest producer of oil and gas, but that hasn't translated to bottom-line growth.

Since the end of 2016, the market capitalization of the S&P 500 Energy Index has fallen to about $725 billion, down 46%, according to data from financial information provider Refinitiv. Large-capitalization growth mutual funds, such as Fidelity's $100 billion-plus Contrafund, have largely avoided energy stocks.

Those left investing in energy are primarily passively managed index funds and smaller investment firms that typically do not have the same capacity to scrutinize executive compensation, nor the reputational heft to influence entrenched boards and management teams.

Some investors are starting to push back, however. They are telling energy companies to include the S&P 500 index in their benchmark peer group. Burney said at least 42% of energy companies have agreed to cap awards if they have negative returns.

"Executive compensation has to reflect the experience of the long-term shareholder," he said. "You can't expect to lose 20% of your stock price and get paid just because the industry loses 30%." 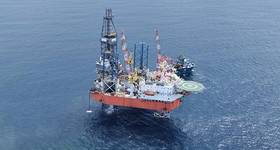 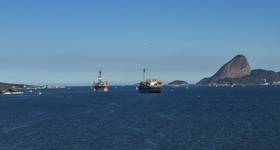