Siemens to Give Shareholders 55% of Energy Business Spin-off 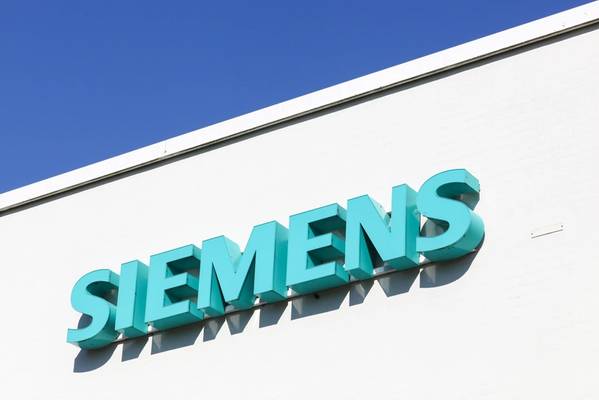 Siemens will give 55% of its power business to shareholders when it spins it off in September, the German engineering group said on Tuesday, the latest stage in its shift away from a sprawling conglomerate.

The trains to industrial software maker then wants to "significantly" reduce its remaining 45% position within 12 to 18 months after the shares are listed on Sept. 28, Siemens said, detailing the separation it announced a year ago.

The flotation would be one of the biggest IPOs this year as companies avoided the market since the coronavirus outbreak spread globally in March.

Siemens gave no indication of the market capitalisation of Siemens Energy, which had sales of 29 billion euros ($31.82 billion) and which JP Morgan analysts valued at around 10 billion euros.

Munich-based Siemens is pulling out of gas and power as customers switch from traditional fossil fuels to renewable sources to generate electricity.

The energy business -- which makes gas turbines, wind power generators, transformers and compressors -- saw revenue fall 4% in 2019 while its operating profit margin was 7.1 percentage points below the group level.

Siemens is spending around 110 million euros to quit the business and concentrate on factory automation, smart buildings and its transport business. It hopes by simplifying its operations it will end the so-called conglomerate discount its shares have suffered.

Over the past 10 years Siemens shares have gained 38%, significantly less than the 83% gain of the industrial sector , as weaker performing divisions like gas and power have dragged on results.

Siemens has already separated hospital equipment business Siemens Healthineers, whose stock has risen 37% since its market debut in March 2018. It also wants to spin off its gear, converter and generator business Flender.

"The considerable increase in the value of our healthcare business shows the huge potential we can tap by further sharpening the focus of our company," said Chief Executive Joe Kaeser, who is due to become chairman of Siemens Energy.

Siemens said shareholders would get one share in the Siemens Energy business for every two shares they hold in Siemens. It plans to pay out dividends of 40-60% of net income, although it does not expect to make a payout for 2020.

Despite current market turmoil, Siemens said the Siemens Energy business had sufficient financial strength to be a success.