Tough Time for Exploration, But There's Still a Business Case For It 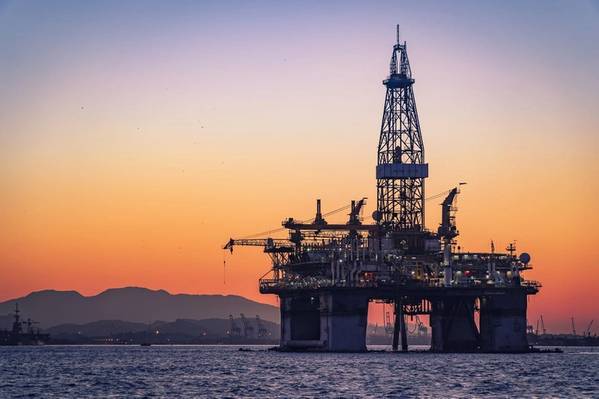 Confidence had returned to global exploration with improved performance and the emergence of several new multi-billion barrel plays.

The confidence carried over into 2020 but has evaporated in the face of the Covid-19 crisis and the collapse in oil prices.  Short term plans are in a state of flux and exploration strategy is being reset again.

As well as dealing with the immediate crisis, societal pressure is building for a rapid transition to a low carbon future. It is in this context that

Westwood has published its annual review of global exploration activity and performance over the last five years and the outlook for 2020 and beyond.

What are the key themes that have emerged from the analysis?

There was more drilling and better performance in 2019. The number of high impact wells in 2019 was up 39% on 2018, in excess of 15bnboe was discovered and commercial success rates increased to 32%, the highest in at least 10 years, driven by exceptional results in emerging plays. There were 28 potentially commercial discoveries larger than 100mmboe, close to double the number in 2018 and the highest since 2014.

The four largest discoveries were gas or gas condensate in Iran, Russia, Mauritania, and Cyprus and most volume from high impact discoveries was gas for the first time since 2016.

There were eight oil discoveries greater than 200 million barrels, three of which were in Guyana. Success has been highly concentrated geologically. In the last five years, 342 different geological plays were drilled globally but the top 10 plays delivered 64% of the total discovered resource.

Six of the top 10 plays were gas and four were oil. Less than 10% of plays found more than 250mmboe in the period. The top three plays all emerged through frontier drilling success in the last five years in Mauritania/Senegal, Guyana, and Egypt.

A fast follower strategy has generally not worked for emerging plays. 11 of the top 16 discoveries in 2019 were made in plays at the emerging stage.

Accessing plays at the early stage of the exploration creaming curve has never been more important and to do so explorers need to be in at the start. 90% of the discovered resources in plays opened since 2010 has been captured by companies that already held acreage in the new plays as they were opened.

Companies following a fast-follower strategy were only able to access 10% of the discovered resource. The challenge is that frontier drilling commercial success rates were only 7% in the last five-years.

This is not the case anymore. The proportion of wells targeting stratigraphic trap prospects has doubled over the last five years and commercial success rates have been significantly higher, at 41%, than other traps.

The competitive landscape is evolving. More NOCs have expanded internationally, away from their home countries and an increasing proportion of high impact wells have participation from the supermajors or the NOCs. In 2019, NOCs and the Supermajors participated in 80% of the high impact wells drilled. At the same time, the energy transition and capital constraints are beginning to drive more companies away from frontier wildcats into short cycle and infrastructure-led exploration.

Exploration strategy is harder than ever. Explorers must consider full cycle time frames and above ground challenges more carefully than ever.

The median time from a frontier discovery to first production has been 8.5 years in the last decade. Uganda’s oil is a case in point.

A frontier discovery in 2006 – 14 years and counting since discovery and 23 years since license award in 1997 it has still not made it even to FID. Tanzania’s deepwater gas is another example, discovered in 2010 and yet to be sanctioned. Kosmos, the poster child for a successful specialist frontier explorer, has transitioned to a full cycle E&P company and has announced it will not be accessing any new frontier long cycle acreage in the light of the energy transition.

E&Ps justified US light tight oil on the basis that it was short cycle and flexible.

The problem is it is also high cost. Infrastructure led near field drilling is the obvious choice with an average 3 years from discovery to first production, but there will be limits to the number drillable prospects in tie-back distance and high impact discoveries in mature basins are rare.

Deepwater frontier oil can also be low cost and does not have to mean long cycle – Jubilee and Liza were 3.5 and 4.5 years respectively from discovery to first oil.

The ESG movement means strategy will change. Discoveries that produce barrels with low emissions intensity should have a premium value in future. Access to capital for E&Ps is more difficult especially for those that are not self-funding.

Small companies have played important roles in exploration as pathfinders and innovators. Who will play this role in future is unclear? Those that can invest in exploration counter-cyclically can take advantage.

Now is the time to renew portfolios. Competition is lower and Governments are increasingly desperate to sustain exploration (at least the ones that have not banned it…).

Distressed companies with assets to sell are out there.

Equity valuations are so low that a corporate acquisition may be the lowest cost option for portfolio renewal. This is a difficult time for exploration without question, but there is still a business case for it. Explorers have raised their game and need to continue to do so with a focus on finding low cost, low emissions oil, and gas.

Those that do can continue to prosper in the transition to come.

Keith Myers is President of Research at Westwood Global Energy, responsible for research across the business. He joined BP in 1987, having graduated with a geology PhD at Imperial College. Following a variety of technical roles, he became Senior Commercial Advisor leading several major business negotiations for new business access. He also led strategy for BP’s business in West Africa in the Strategic Alliance with Statoil. After leaving BP in 2000, he was an advisor to numerous energy companies on strategy and partnership issues. He founded Richmond Energy Partners in 2006 to provide independent advice to investors in smaller oil and gas companies. REP advised some of the largest funds and institutions investing in the sector and provided exploration strategy and benchmarking services for the global exploration industry. REP launched Wildcat, the online global exploration intelligence service in 2014, and REP became part of Westwood Global Energy Group in 2015. Myers takes a keen interest in the oil sector governance and serves as a member of the advisory group for the Natural Resource Governance Institute.

Graeme Bagley joined Westwood as Head of Global Exploration & Appraisal in February 2019. He joined BP in 1984 having completed an MSc in Geophysics at Oxford University. He held a number of technical positions in Oman, UK and Venezuela covering activities from Exploration to Production. Bagley was involved in number of discoveries West of Shetland and the FID of several North Sea fields.

He led the application of 4D seismic data over the Foinaven and Schiehallion fields. He spent 7 years in Egypt as Exploration Manager before returning to UK to lead the recruitment, development and deployment of staff in BP’s global exploration organization. He moved to Maersk Oil in Copenhagen in 2014 as Head of Exploration Technology and Capability before forming his own company, Exploration Excellence Ltd., helping companies to become Great Explorers. As Head of Global E&A for Westwood, Bagley leads the team responsible for the Wildcat product, providing deep technical insight to help companies understand their exploration and appraisal performance and how to improve it.