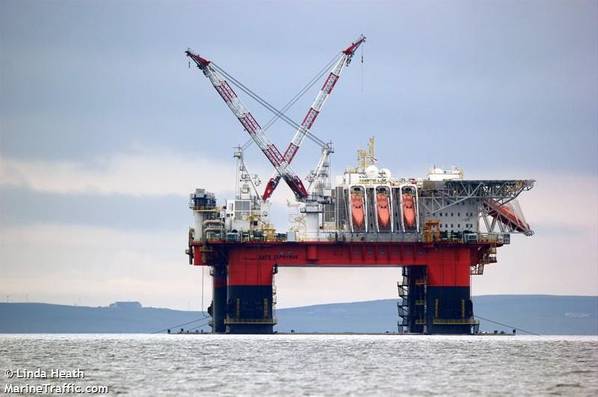 Offshore accommodation company Prosafe has seen its fleet utilization rate drop to 32 percent in the first quarter of 2020 - down from 62.5% a year ago - and based on its clients' recent actions caused by low oil prices and the coronavirus pandemic, the company might soon be without a single flotel in operation.

Prosafe's Safe Zephyrus offshore accommodation unit was scheduled to mobilize to Shell at Shearwater project in the UK North Sea to start a 100-day contract with a 30-day option in Q2 2020.

However, Prosafe, which owns eight flotels, said Thursday that it had been informed by Shell that "this project will not be performed in 2020 and discussions with the client are ongoing."

Prior to the Shell work, the Safe Zephyrus had been planned to be deployed with EnQuest in the UK, but EnQuest terminated the deal before the rig's planned departure from Norway. Prosafe has claimed the full contract value of around $2 million for this termination.

Also, as previously reported, Prosafe's Safe Caledonia unit was initially prepared to start a 162-day contract with a 30-day option for Total at the Elgin complex in the UK sector of the North Sea from mid-April 2020, but it was then agreed to defer this project by one year.

In Brazil, where the company's Safe Notos and Safe Eurus are on contracts with Petrobras, the Brazilian oil company in April asked Prosafe for a suspension of the contract for a period of up to 120 days "during which period all logistical services, fuel, and catering support will continue to be
provided by Petrobras, and any days of suspension will be added to the firm period of the contract."

Prior to this request, Petrobras in March disconnected the two units and demobilized personnel, putting the two rigs on a 95% stand-by rate.

Prosafe on Thursday said that following Petrobras' request for suspension, "commercial and payment terms related to the recommencement are subject to ongoing discussions."

Also in Brazil, Safe Concordia started the contract for Equinor at the Peregrino FPSO in the Campos Basin offshore Brazil in mid-January 2020. The contract had a duration of 120 days and was on full day rate during the whole operation in the quarter, however, Prosafe said Thursday it didn't expect Equinor to exercise extension options. Equinor had an option to extend the deal until July.

Prosafe's other rigs Safe Scandinavia, Regalia, and Safe Boreas were idle in the quarter and were laid up in Norway.

"In light of the commercial discussions with clients [...], there is uncertainty related to the extent to which the order backlog will materialize in
2020, as well as to the final outcome of these negotiations," Prosafe said.

(The article continues below the photo) 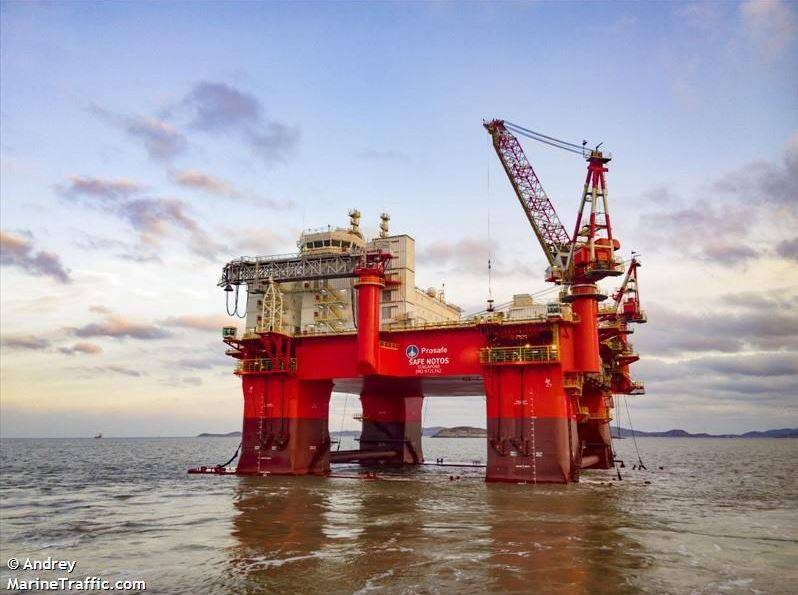 Prosafe has recently agreed on an extension to the forbearance from the non-payments and defaults with a majority of its lenders across its $1.3 billion, and $288 million facilities until May 31, 2020.

"As part of this arrangement, the company will continue to defer making payments of scheduled installments and interests under both facilities. Similarly, payment of the final installment owed and due under the seller credit to Cosco for the Safe Notos remains subject to ongoing discussions with Cosco and the lenders," Prosafe said.

"The forbearance arrangement secures stability for the company to continue to work with the lenders to agree on a long-term financial solution while lenders reserve their rights," it said.

The company has previously said it has prepared a revised business plan which "forms part of the basis for continued and ongoing discussions with the lenders to agree a sustainable financial solution after several years of low activity across the industry and currently unsustainable debt."

"The business plan initially focused on the near years, and work remains to conclude on the longer term and consequent financial and accounting effects," it said.

Prosafe said: "The company has on the basis of the business plan and in agreement with lenders presented a restructuring proposal that if approved as proposed, will result in a sustainable balance sheet. However, due to ongoing discussions and the uncertainty related to the outcome of the process, it is too early to know whether this proposal or a variant of it will eventually be agreed."

Prosafe said Thursday that the Covid-19 pandemic and the oil price collapse since March have resulted in a dramatic change in market conditions, economic outlook, and ways of living and working.

"The entire oil and gas services industry is exposed to a "double Black Swan event", and short term planning, as well as longer-term forecasting, is extremely challenging, whilst at the same time being critical," it said.

It added: "Against the aforesaid, taking a view on the combined effects of Covid-19 and related national and international measures taken, the oil price crash, the industry dynamics and the company-specific factors, both in the short and long term, are very demanding. While earnings potential in the longer term is particularly difficult to predict and work remains ongoing to conclude on related financial and accounting effects, the ongoing forecasting work indicates that both asset values and debt levels are in the company's opinion unsustainable although the magnitude is yet to be concluded.

"The company aims to arrive at a sustainable solution in order to protect values to the extent possible and establishing a sound basis upon which to create value in the future. Meanwhile, the company continues to operate on a going concern basis to protect and create value through challenging market conditions on the assumption that there is justified hope for a sustainable financial solution."