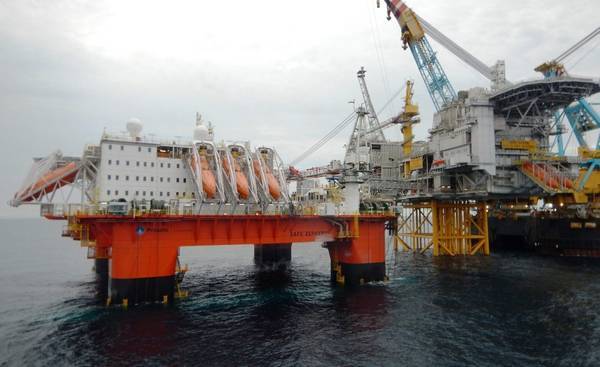 As previously reported, Prosafe on March 16 said it had secured a contract to support EnQuest in the redundant subsea tank removal and safe re-habitation of the Thistle Alpha platform in the UK North Sea.

However, EnQuest last week announced cost cuts in response to the oil market situation and said it did not expect to restart its Heather and Thistle/Deveron fields.

Thistle Alpha was shut in October 2019, and workers were evacuated after a subsea inspection found a deterioration in the condition of a metal plate connecting one of the redundant storage tanks to the facility’s legs.

In a statement on Monday, Prosafe said that its Safe Zephyrus unit was ready to mobilize from Averøy in Norway to support the Thistle project for a 21-day firm period, "but was instructed by the client on 20th March not to mobilize."

Safe Zephyrus is a DP3 semi-submersible accommodation, safety, and support rig offering accommodation for 450 persons. The rig is expected to go on a contract with Shell in the UK North Sea, starting May 2, 2020. The Safe Zephyrus has a 3 months 18 days contract - plus options - to support Shell's Shearwater project.

In its market update on Monday, providing info on operations/contracts affected by the COVID-19 virus and the oil price crash, Prosafe said that its Safe Notos and Safe Eurus rigs have been disconnected, with client personnel demobilized. The two rigs are on a 95% stand-by day rate. Both rigs are on contracts with Petrobras in Brazil.

The Safe Concordia accommodation unit is on location and is receiving full day rate, but client personnel are demobilized. The rig is on a contract with Equinor at the Peregrino field in Brazil. The contract is expected to last until May 2020, with an extension option until July 2020.