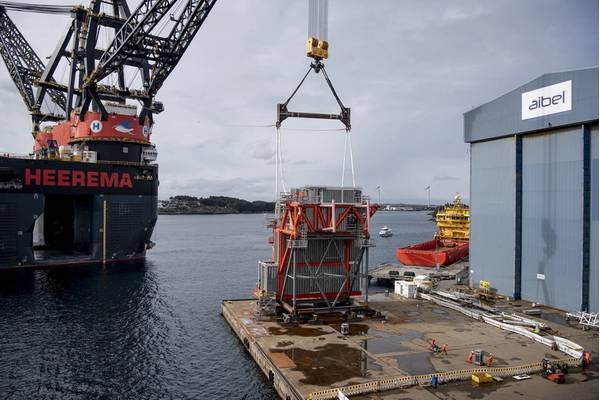 The world's largest crane vessel Sleipnir is lifting the SEP module in front of the North Sea Hall in Haugesund. Photo Øyvind Sætre/Aibel. 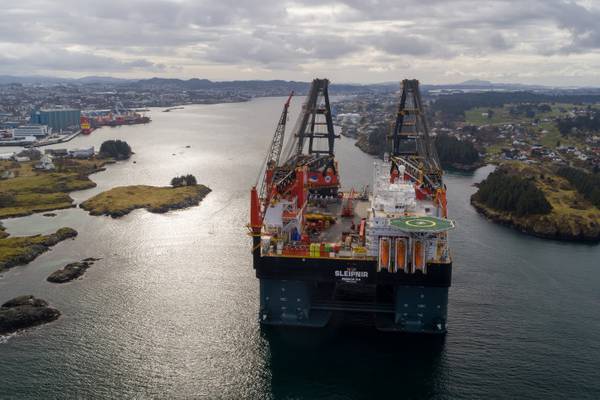 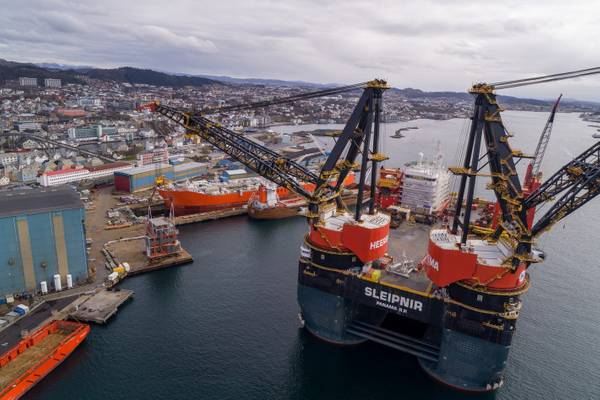 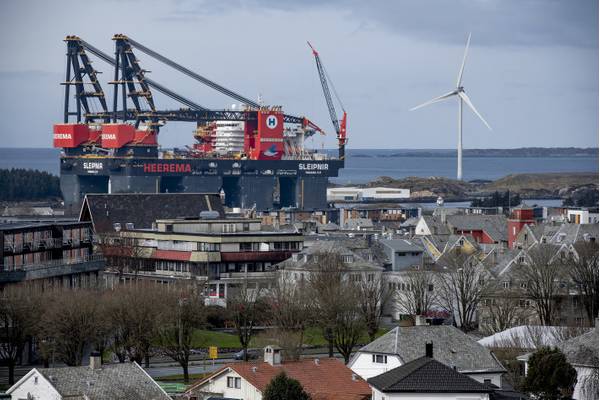 The giant vessel made the city of Haugesund look small. Photo: Øyvind Sætre/Aibel.

World's largest semi-submersible crane vessel Sleipnir on Saturday picked up a module for Equinor's Snorre A platform from the quayside at Aibel's yard in Haugesund, Norway.

The 220-meter long and 102-meter wide vessel Sleipnir recently arrived in the North Sea region for the first time since its delivery from Singapore last year.

It on Saturday arrived at Aibel's yard in Haugesund to pick up the approx. 600-tonne Riser Hang Off module for the Snorre Expansion Project (SEP), and according to Aibel, the lift was performed as planned without any problems.

Manager for Snorre Expansion Project in Aibel, Tone Dalum said: "It was impressive to see how the module suddenly became very small compared to Sleipnir. At the same time, it was very satisfying to complete a well-executed lift and secure another important milestone for the project during this special time. There are many who have worked hard and long to achieve this and who deserve great praise for their efforts."

The Riser Hang Off module is constructed at Aibel's yard in Haugesund. Prefabrication began in January 2019 and assembly of the sections started in mid-July. During the following six months, Aibel has assembled, equipped and completed the module until mechanical completion on 1 February 2020. In early March, it was loaded out of the North Sea Hall and prepared for pick-up.

The module is now awaiting an optimal weather window for transport and installation offshore on the Snorre A platform, where it will connect the risers that will receive oil from the new wells on the Snorre field up to the platform. Scheduled production start-up at Snorre A is in the first quarter of 2021.