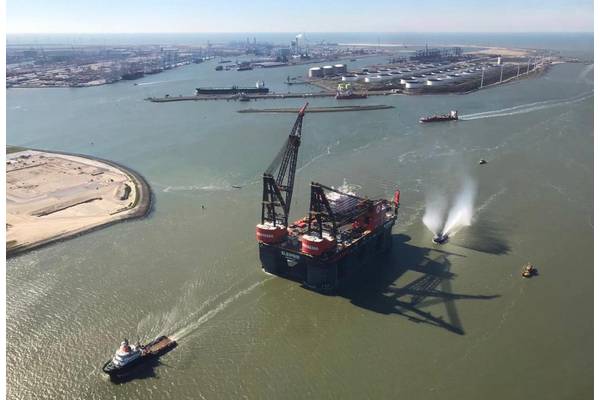 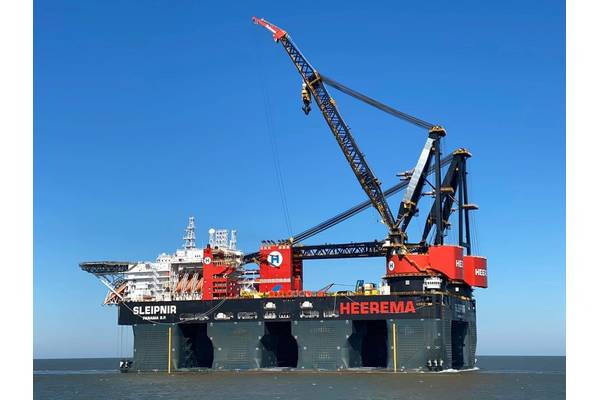 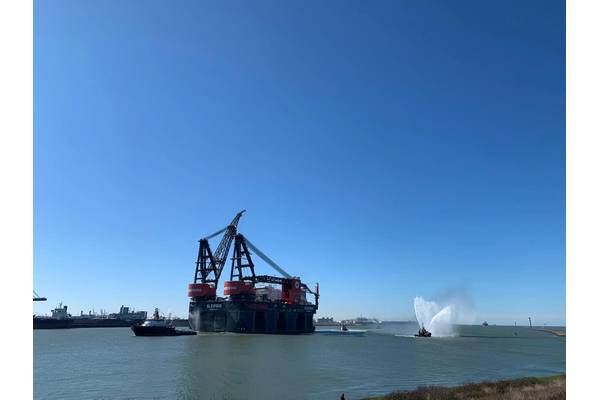 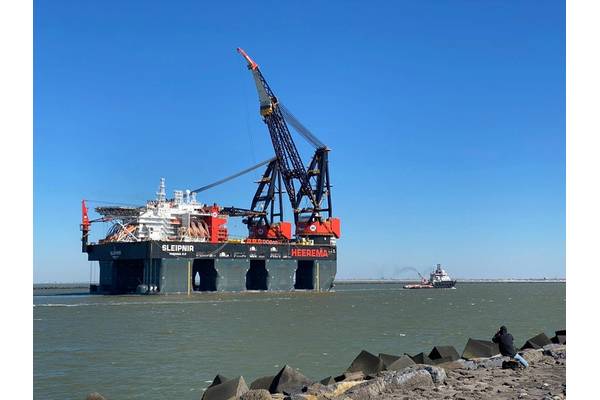 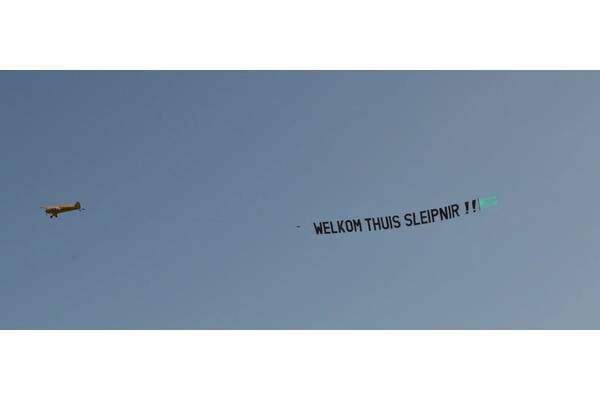 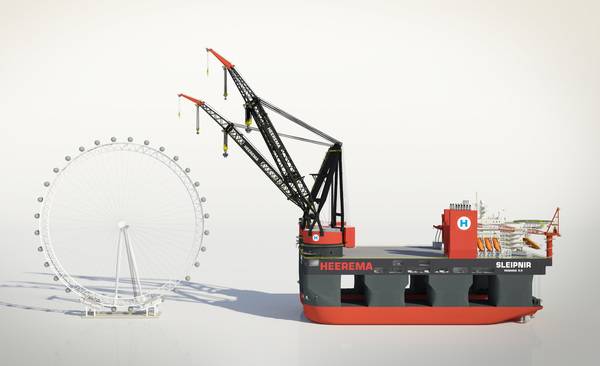 Sleipnir, the world's largest semi-submersible crane vessel, has arrived in the Port of Rotterdam for the first time since its delivery from Singapore last year.

Heerema Marine Contractors, the Netherlands-based offshore installation company, and the owner of the vessel has informed that vessel "arrived home" on Sunday, March 22,

"[The vessels] arrived around 14.45, and in line with ongoing guidelines, we decided to greet the vessel and its crew from the sky rather than onshore. The vessel also received a welcome salute on arrival," Heerema said.

The company has previously said that no visits would be allowed aboard, to protect the crew from the potential exposure to the coronavirus.

The vessel has so far completed several installation projects, including the Noble Energy's Leviathan platform installation in Israel, Equinor's Peregrino C installation in Brazil, and BP's Cassia C project in Trinidad and Tobago.

Koos-Jan van Brouwershaven, Heerema's CEO, said of Sleipnir's arrival: "I and Kolga's crew proudly guided Sleipnir on its first arrival into the Port of Rotterdam. We warmly welcome the vessel and the crew to The Netherlands and wish Sleipnir fair winds and good trades in the upcoming North Sea Summer Campaign."

"Sleipnir has a busy campaign ahead and will depart in the coming weeks for the first of several jobs. We take this opportunity to state that Heerema continuously monitors the ongoing COVID-19 outbreak and works within all international and national regulations to protect our workforce. The health and safety of Sleipnir's crew is our main priority, and we will do all we can to protect them. We are happy to have Sleipnir home, and wish the vessel a great upcoming campaign!," Heerema Marine Contractor said.