Valaris to Lose $620,000 a Day Rig Deal with Total after BOP Drop off Angola 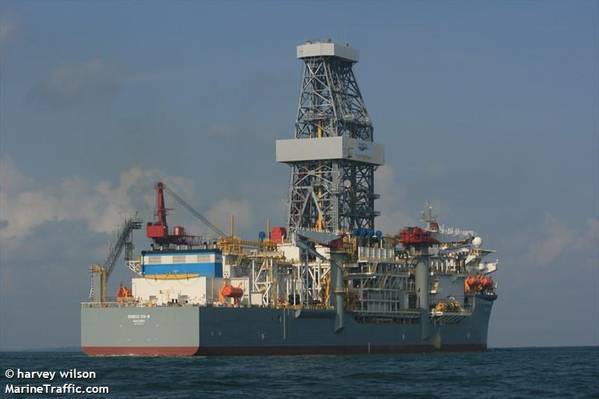 Valaris, the world's largest offshore drilling company by fleet size, is set to lose one of the most lucrative contracts in the offshore drilling industry today after it recently accidentally dropped a blowout preventer stack to seabed offshore Angola.

The contract, at a day rate of $620,000 per day, is with the French oil major Total for the drillship Valaris DS-8. The Samsung GF12000 designed drilling rig has been drilling for Total since 2015.

As previously reported, Valaris earlier in March said it had accidentally dropped Blowout Preventer Stack to the seafloor of Angola, while the rig was moving between well locations. It then warned the customer might seek to terminate the contract as a result of the incident.

In an update on Thursday, Valaris said that Total did just what the company had warned about - sought to terminate the hefty rig deal.

According to the drilling company, Total on March 19, sent a termination notice for the DS-8 drillship contract.

"[Valaris] is in discussions with the customer regarding the notice. The drilling contract represents approximately $150 million of the company's contracted revenue backlog of $2.5 billion as of December 31, 2019. The operating day rate for VALARIS DS-8 is approximately $620,000 per day," Valaris said.

For reference, per rig brokers Bassoe Offshore's Bassoe Analytics website, fixtures for drillships in the past year averaged somewhere between $170,000 and $230,000 per day.

Valaris has a loss of hire insurance for $602,500 per day after the expiration of a 45-day deductible waiting period through the end of the contract in November 2020.

If the contract is terminated, Valaris says it will seek to recover losses incurred "in accordance with the terms of this insurance policy, which would largely offset the lost backlog noted above."

However, the drilling company warned there could be no assurance as to the timing or amount of insurance proceeds paid to the company.

As for the lost BOP, Valaris said it "continues actively working to recover or replace the blowout preventer (BOP) stack on VALARIS DS-8 following a non-drilling incident earlier this month."

The Total contract is not the only one that might be terminated, as the rig company has received another termination notice in Angola.

Valaris said it had received a notice of contract termination from a customer for the VALARIS JU-109 jack-up rig, which was scheduled to operate offshore Angola until July 2021.

As a result of this termination, the rig's contract is now expected to end in mid-April 2020, and the contracted revenue backlog will be reduced by approximately $50 million.

What is more, Valaris expects more termination amid the current market conditions - that is, low oil prices, caused by oil oversupply, and dwindling demand hit by the coronavirus pandemic.

The offshore drilling company has shared some good news as well. Namely, for the period between the company's last fleet status report that was filed on February 13, 2020, and the beginning of March, Valaris has executed new contracts and contract extensions with associated revenue backlog of approximately $100 million:

Since the beginning of March, VALARIS JU-87 jack-up was awarded a one-well contract with Cox in the U.S. Gulf of Mexico that started in mid-March, with an estimated duration of 30 days that added approximately $1 million of contracted revenue backlog.

In its report on floating rigs - semi-subs and drillships - Bassoe Offshore said earlier this month there was little to be excited about in the floater market.

"Uncertainty in the oil market caused by underlying demand issues and a new oil price war, now exacerbated by COVID-19, have led operators to reevaluate spending and investment decisions. Until the situation stabilizes, we expect limited contracting activity and higher termination risk. Sudden forecast changes are likely, but we see the possibility of a reversion to lower day rates and prolonged difficulties in moving toward a well functioning rig market."

Bassoe Offshore also sees scrapping or conversion sales picking up pace, pointing to the recent Vitoria 10000 drillship acquisition by Allseas as a deepsea mining vessel is an example.