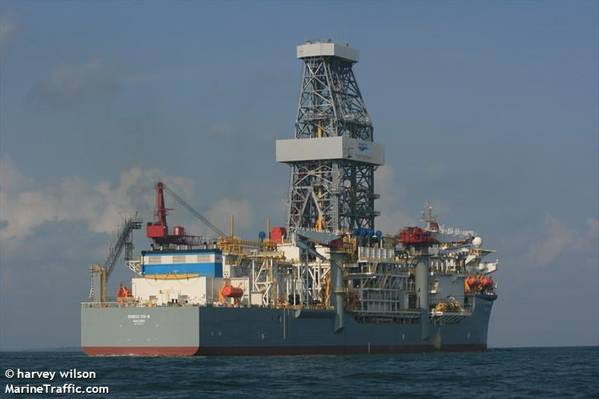 Offshore drilling contractor Valaris has informed that one of its drillships has been involved in an incident that included the accidental dropping of a Blowout Preventer Stack to the seafloor of Angola. The incident might cost the company the drilling contract.

Valaris said on Tuesday: "On March 7, 2020, the VALARIS DS-8 [drillship] experienced a non-drilling incident while operating offshore Angola resulting in the blowout preventer (BOP) stack being disconnected from the riser while the rig was moving between well locations."

According to the drilling company, the BOP stack dropped to the seabed floor, clear of any subsea structures.

"Valaris plc (the “Company”) has located the BOP stack and is actively working on ways to recover or replace the BOP stack so that operations can be resumed. No injuries, environmental pollution or third-party damage resulted from the BOP stack being disconnected. The Company is investigating the cause of the incident," the company said.

Contract may be terminated

The drillship is contracted to operate for Total through November 2020 at an operating rate of approximately $620,000 per day. The Samsung GF12000 designed drilling rig has been drilling for Total since 2015, however, according to Valaris the incident might cause the rig term to be cut short, should Total elect to do so.

"The operator could seek to terminate the drilling contract for VALARIS DS-8 as a result of this incident. If this drilling contract were terminated, it would decrease the Company’s contracted revenue backlog of $2.5 billion as of December 31, 2019, by approximately $150 million, and negatively impact the Company’s 2020 EBITDA guidance of $210 million to $240 million...by approximately $150 million, inclusive of estimated BOP repair costs" Valaris said.

Valaris said that the company has loss of hire insurance for the Valaris DS-8 drillship and will seek to recover losses incurred.

According to MarineTraffic data, the drillship is located at Block 32, offshore Angola near the Kaombo Sul FPSO. The block is operated by the French oil firm Total.