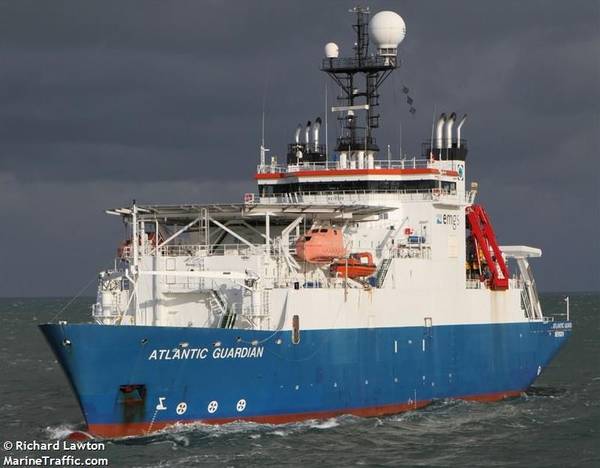 Norwegian marine survey company EMGS has informed that BP has decided to delay a CSEM Survey offshore Senegal and Mauritania.

The contract was awarded to EMGS in June 2019 and was supposed to begin in March 2020. This will now not happen.

"EMGS has been advised by the customer that it has decided to postpone the project. It is EMGS’ understanding that the decision is based on the ongoing COVID-19 pandemic," EMGS said.

"All further mobilization activities will be stopped immediately, EMGS does not expect that it will be possible to find alternative work for the vessel to replace the delayed project," EMGS said.

The survey was expected to be carried out by the Atlantic Guardian vessel, which recently transited from Mexico - where it had worked for Pemex

- to Las Palmas, Spain. The vessel was supposed to undergo upgrades in Las Palmas, before moving to BP's offshore development in Senegal/Mauritania.

The delay comes at a difficult time for EMGS which was last month informed by Pemex that the oil company wouldn't award any more work "in the medium future" under a contract announced in 2019. EMGS said it expected the decision to have a "material detrimental effect" on its business.

EMGS is not the only offshore seismic company affected by the recent volatility in the oil market, with oil prices recently going below $30 a barrel. Another Oslo-listed survey company, Polarcus, recently announced its clients had canceled survey projects in Africa and Asia.

OOS Tiradentes Flotel Back to Work for Petrobras