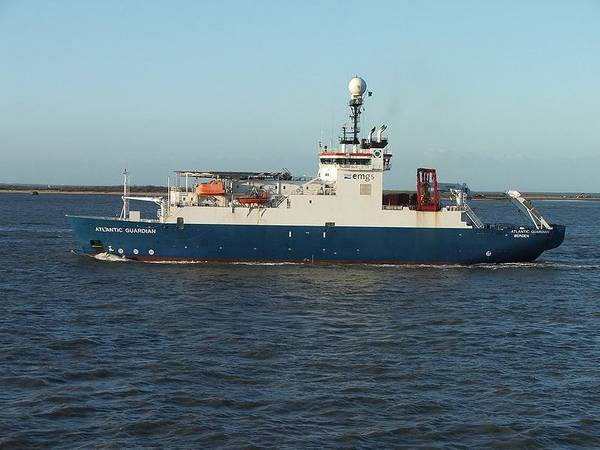 Norwegian marine survey company EMGS is looking at options after Mexico's Pemex said it wouldn't award any more work "in the medium future" under a contract announced in 2019. EMGS expects the decision will have a "material detrimental effect" on its business.

"Electromagnetic Geoservices ASA...has been advised by the customer that the company will not, in the near to medium future, receive additional acquisition work under the two-year acquisition contract announced to the market on 4 June 2019."

EMGS in June 2019 said signed a two-year 3D CSEM contract with Pemex, saying that the value would be a maximum of $73.3 million and with a minimum value of around $29.3 million.

The company then in the third quarter moved the Atlantic Guardian vessel to Mexico, to start working on a survey under the contract.

Come January 22, 2020, EMGS said it was in the process of finishing all acquisition work initially ordered by PEMEX, with additional acquisition operations subject to the issuance of new call-offs by Pemex.

Its CEO at the time said the company had reason to believe that "additional acquisition work is likely to be forthcoming," however, EMGS on Thursday said no new orders were expected, based on the info obtained from the client.

It said: "It is the company's understanding that the customer's decision is related to its own strategic priorities, and not related to EMGS' performance under the contract."

"The company has previously assumed that substantial new acquisition work under the two-year contract would be forthcoming within the near future. The decision by the customer not to order additional acquisition work, at least for the near to medium future, will have a material detrimental effect on the Company's revenue and profitability going forward," EMGS said.

"The board of directors of the Company is evaluating all strategic options available to the Company. The Company will immediately initiate a comprehensive cost reduction program to adjust the Company's operational cost base to the new confirmed backlog," EMGS said.

EMGS' backlog at the end of the fourth quarter of 2019 was $58.0 million, of which $14.3 million was firm, and the majority of the remaining $43.7 million was the non-committed part of the Pemex acquisition contract.

In a recent report, EMGS said the Atlantic Guardian would leave Mexico, then transit to Las Palmas for upgrades to the Deep Blue system followed by the start-up for BP in Mauritania & Senegal, and that the Petrel Explorer vessel would move to Mexico.

MarineTraffic data shows the Petrel Explorer is currently in Mexico, and the Atlantic Guardian is "underway using engine", on its way from Mexico to Freeport, U.S.