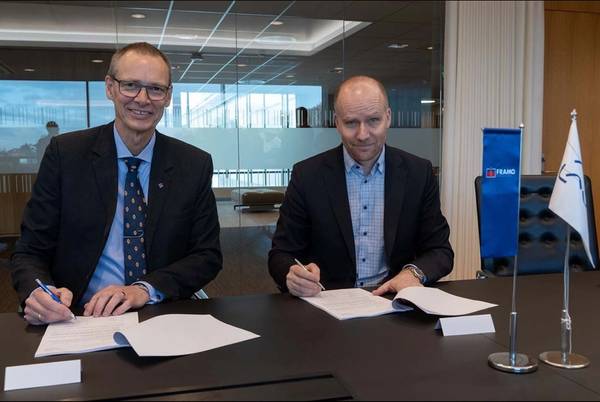 Aker BP and Framo have signed a first long-term frame agreement for the preventive maintenance of seawater lift pumps, a deal in which “compensation is directly linked to facility uptime”, the operator said in a release Monday.

While the “seawater lift as a service” agreement might sound “smart”, the deal may also indicate that dozens of subsea fields in the North Sea may soon need new equipment.

If true, it’ll be a boost for the maintenance market and a sign the long-awaited “recovery” for subsea equipment sales — or “service”, in this case — has begun.

The question is which. Analysts during the downturn in 2016 had forecast recovery for subsea services would happen first, and then subsea equipment sales, as operators had, on the eve of the downturn, stockpiled subsea trees and pumps.

Aker BP may also be indicating the relative age of its subsea infrastructure, some it acquired by merger. Much of the now “legacy” infrastructure had been installed during the 1990s.

Aker BP, however, has linked the “smart agreement” to its “modernization” and “digitization” drive announced two years ago.

“In 2018, the two companies, with technology company Cognite, embarked upon a digital pilot project for predictive maintenance of the seawater lift pumps on the Aker BP-operated Ivar Aasen field,” a statement said, adding that the pilot was a success, and now the new maintenance contract covers all five field centers where Aker BP is operator.

“The contract represents a huge step within digitalization and predictive maintenance,” the company said, adding that it’ll be relying on “algorithms and sensor data” to cut pump maintenance. The operator is linking contract terms to uptime.

For some observers, however, the deal could help avoid seabed pump change-outs, saving both operator and supplier money.