Mexico: Regulator to Decide in Talos, Pemex Standoff over Zama 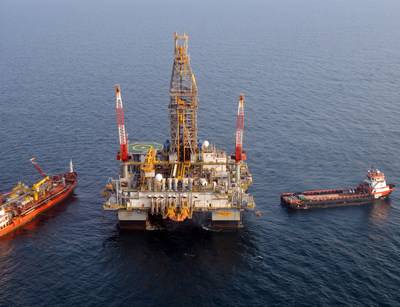 The rig Talos used to drill at Zama - Image by Talos

The dispute over who will run operations for a major offshore oil discovery in Mexico could eventually come down to the technical opinion of the country's independent oil regulator, according to one of the body's commissioners.

Closed-door talks between national oil company Pemex and a private consortium led by U.S.-based Talos Energy over who will control operations of the so-called Zama project in the southern Gulf of Mexico have recently slowed, according to the Talos chief executive.

If they deadlock, the National Hydrocarbons Commission or CNH would be called upon to provide the country's energy ministry with a legally binding technical assessment that would determine the project's operator, Commissioner Sergio Pimentel said in an interview.

"The energy ministry has to take as a baseline the technical aspects that the regulator provides it," said Pimentel, a lawyer. "Legally, it can't go in a different direction."

Both Pemex and Talos have publicly expressed a desire to operate Zama. The struggle over who will run operations for Zama, as well as which side holds most of the nearly 700 million barrels it is believed to contain, marks a major test case for the government of President Andres Manuel Lopez Obrador, who has repeatedly pledged to boost Pemex and downplayed the role of private oil companies.

Pimentel added that "ideally" Pemex and Talos will together reach an agreement, and then present a joint development plan.

Earlier this month, commissioners were briefed on Pemex's exploration plans for its adjacent block to Zama, after the regulator requested the briefing, but Pimentel said the meeting was confidential.

Last year, Pemex sought and received authorization to drill its Asab well near the border between the two blocks, but it more recently said it would drill a different well called Niquita, within its block but further to the east and potentially associated with a separate prospect. In its latest plan, Pemex also put Asab in a more speculative drilling scenario, and Pimentel said the state-run firm will eventually need to seek fresh authorization to drill Asab.

The Talos-led consortium has already notified the government that it believes Zama extends into Pemex's next-door block, but Pemex has not done the same and it remains unclear what steps toward an eventual joint operating agreement for Zama the energy ministry has taken. The energy ministry did not respond to requests for comment.