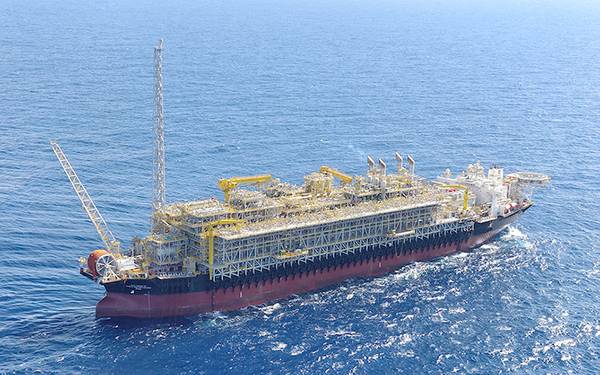 FPSO Cidade de Campos dos Goytacazes is deployed for operations in the Tartaruga Verde and Tartaruga Mestiça fields in the Campos Basin off the coast of Brazil. (Photo: Modec)

Petronas Executive Vice President & Chief Executive Officer of Upstream, Adif Zulkifli said, “The completion of the acquisition of Tartaruga Verde and Module III of Espadarte, as well as the three exploration blocks won in the recent bid rounds in Brazil is testament to Petronas’ steady progress in expanding our oil business in South America.”

In line with its strategy to expand in prolific basins worldwide, Petronas also said it signed six new production sharing contracts, including four in Malaysia and two in Gabon, in addition to the acquisitions of two offshore blocks in Egypt.