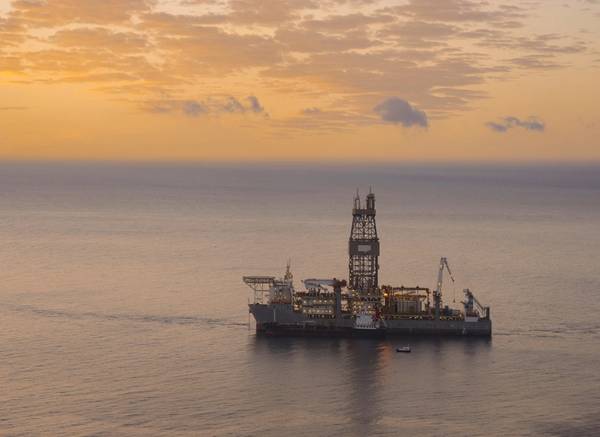 2019 has seen greenfield prospects in the US Gulf of Mexico return to the forefront of upstream planning. Chevron is pursuing the 20,000 psi Anchor project while Shell intends to replicate the Vito semi-sub to develop its Whale discovery. Meanwhile, BP continues to make progress on its Argos (Mad Dog Phase 2) development and is tracking for first oil in 2021.

These projects represent significant opportunities for the international supply chain – fabrication yards, subsea umbilicals, risers and flowlines (SURF) and subsea players alike, but are highly competitive and relatively slow moving. We expect a number of final investment decisions (FID) to be made in 2020, but first production is unlikely to come until 2022 and beyond.

Infrastructure-led exploration on the other hand, combined with new seismic imaging techniques leads to low-cost developments and short cycle time to first production. Recent discoveries can be bought on- stream in less than a year. In some cases, time to first oil has been lowered to just six months. The model is being used by Kosmos, Murphy, LLOG, Talos and Fieldwood, among other independent operators in the US Gulf, in addition to the likes of BP, Chevron and Shell.

Taken together, recent exploration successes highlight the competitiveness of the US mid and deepwater markets as a source of low cost, fast track production. The tieback market is as robust now as it was at the peak of the last cycle.

Independents drive brownfield projects
In April, Murphy announced a $1.375 billion cash deal to acquire seven producing fields and four near-term development projects from a joint venture between LLOG and Bluewater. The deal continues Murphy’s transformation into an oil-weighted, deepwater Gulf of Mexico operator following its prior joint venture with Petrobras (75,000/Boed gross across Cascade, Chinook etc.) and the $2.1 billion divestiture of its Malaysian footprint to PTTEP.

The first two wells at Buckskin were bought on-stream as a six-mile tieback to the Lucius platform in late June. TechnipFMC provided much of the subsea equipment including 15,000 psi trees, 8-inch flowlines and a riser base gas lift.

In addition to Buckskin, LLOG bought four additional development wells online at Who Dat, Red Zinger and Mandy. Meanwhile, the two-well Stonefly development is set to commence production in December. The project will see two wells tied back to the Ram Powell platform that is owned by Talos. According to LLOG, the project is set to reach achieve first production around December 2019. 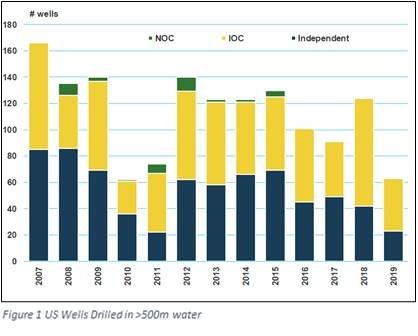 Fieldwood and Talos will also look to develop the Orlov discovery as a tieback to Bullwinkle in Green Canyon block 158. The well has been drilled and has the potential to deliver between 8,000-15,000/Boed. Orlov is an amplitude-supported Miocene prospect with similar geophysical and structural attributes to the Talos operated Boris field (tied into the Helix Producer) which has produced roughly 27 million boe.

This returning appetite for exploration reflects the impact of new technology in mature basins. Lower costs to drill, case and complete, combined with drilling efficiency gains mean that such prospects can be compelling, even in a low commodity price environment and there are more opportunities to tieback new reserves to established infrastructure in the US Gulf than in any other major offshore basin. There is spare capacity on existing deep, and midwater host facilities, and an established pipeline infrastructure to tie into.

The bulk of recent activity has been centered on the activity of smaller independents, but they are not alone. Focusing on slightly deeper waters. Shell, Chevron and BP have all invested in cost effective tieback solutions to their existing production hubs.

Shell wakes up
Shell has made a FID on the Powernap project in the US Gulf of Mexico. The development had long been thought of as a tieback to Vito due its location, but instead, three wells will be tied back to Olympus. According to Shell, the project has a breakeven below $35/bbl.

As of June, the project was in the front-end engineering and design (FEED) stage, according to Shell’s Management Day presentation. The three wells will be tied into a PLEM that will link to Olympus via riser base sleds. Subsea lines will also connect a gas lift manifold to the PLEM. The project will include a single umbilical.

Earlier in the year TechnipFMC secured the integrated SURF / subsea production systems (SPS) package for BP’s Atlantis Phase 3 project. The $1.3 billion development comes after the 2017 discovery of around 400 million boe of incremental reserves in the basin below the salt layer. The Atlantis facility has the capacity to produce 200,000 b/d of oil alongside 180 million CuFt/d of gas and the Phase 3 project looks to increase production by 38,000 b/d, as well as enabling access to the eastern area of the reservoir. The same seismic technology that discovered the incremental barrels at Atlantis has also discovered a further 1 billion boe at Thunder Horse.