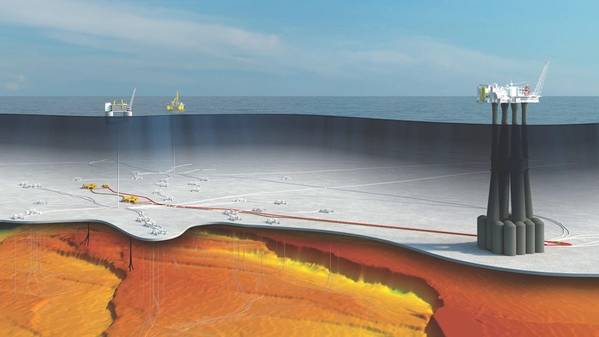 Operators continue to look for fast returns via subsea tiebacks while vendors look for technical solutions to help unlock more fields for less.

A tide is starting to turn on the subsea industry, not least thanks to subsea tiebacks. It’s a theme that’s been underlying the last four years. While large capital-intensive projects have been put on hold, operators have been targeting “cost efficient” barrels close to existing infrastructure, representing quick return, low capex, low opex projects.

“Tiebacks are still very much the flavor of the month,” says Mhairidh Evans, Principal Analyst, Upstream Supply Chain, Wood Mackenzie. “In 2018, the majority of subsea tree awards were for either tieback projects or infill drilling.”

It’s been a torrid time for subsea production system vendors. Orders for subsea production systems dropped to a low in 2016, but the numbers have been increasing, with a clear trend toward there being a larger proportion destined for brownfield projects (e.g. tiebacks), compared with new, greenfield developments, says Evans. She highlights recently sanctioned projects in northwest Europe, including Equinor’s Troll Phase 3, in Norway, with nine wells, Total’s Zinia 2 project, offshore Angola, also with nine wells, and CNOOC’s Buzzard Phase 2, in the UK North Sea, with eight wells. 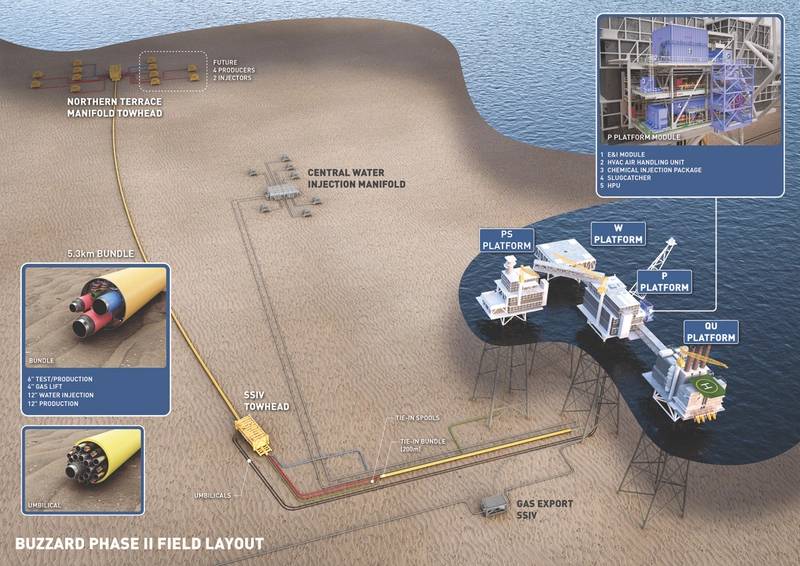 “Some of these projects are quite sizable,” Evans says. “They have got off the ground because they have the key enabler of existing infrastructure, which lowers project economics.” For example, Troll Phase 3 will extend the plateau production for gas from the Troll field by about seven years, and the expected productive life by about 17 years, according to Equinor.

In the US Gulf of Mexico there’s been a similar trend. Anadarko, for example, has been pursuing what it this year called a “highly economic” tieback strategy to 100% owned infrastructure. Indeed, Chevron, which had recently come close to clinching a deal to take over Anadarko before losing out to a counter offer from Occidental, said the independent firm’s tieback opportunities in the US Gulf were one of the reasons for acquiring it.

“Operators are very much still looking for that fast payback,” adds Evans. “It’s real driver. It’s not just about absolute value or huge volume; it’s thoughtful investment and how quickly they can get a return on that investment. That’s why they have done relatively well through the downturn.”

Yet, it’s not always an easy decision. For small, marginal fields, low-cost solutions are needed to make fields viable. For other fields, where nearfield exploration could tip the balance toward new infrastructure, access to a still buoyant market in redeployable floating production, storage and offloading (FPSO) vessels, excess capacity in the yards and vessels coming off contract makes a standalone project an attractive option. This has been shown at Eni’s Kalimba oil field discovery in Angola. Initially earmarked as a long subsea tieback to the East Hub facilities, Eni is now considering a standalone development, thanks to nearfield exploration success, Evans says.

“Operators had to pick their projects carefully going through the downturn, and now they are even more thoughtful about the projects that go through to sanction, and only the very best are getting through still,” Evans adds. 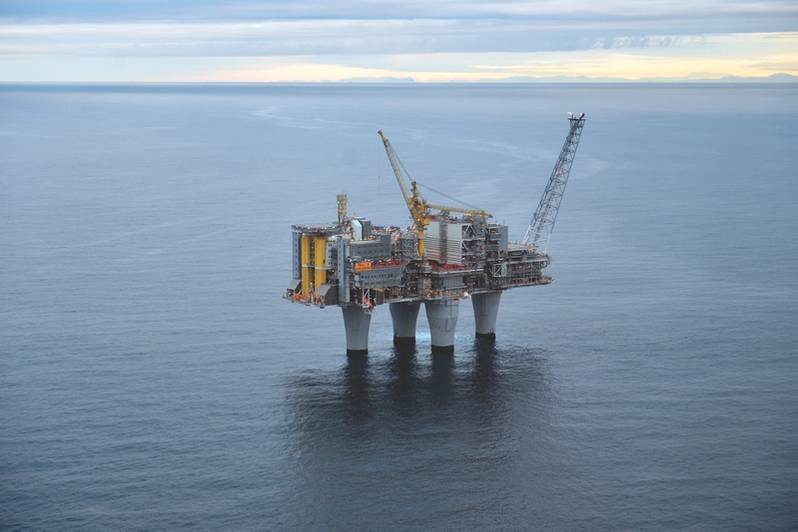 Longer oil tiebacks
There would be even more opportunities if you could extend the distance that oil fields can be economically tied back, Saipem’s Giorgio Arcangeletti told the Offshore Mediterranean Conference (OMC) earlier this year. Traditionally, oil tiebacks are within a 10- to 30-kilometer range. Increasing that to 50 kilometers or more would enable more fields to be tied into existing infrastructure. The biggest challenges to doing this would be flow assurance related. In conventional and shorter tiebacks, the most common field architecture solution to solve issues such as wax and hydrates is a combination of chemical injection and use of thermally insulated looped flowlines (to enable a separate service line or easier displacement of fluids).

For longer distances, alternative solutions are needed, such as heated flowlines, to enable a single production line instead of a dual line or loop, combined with subsea boosting and subsea power distribution to feed both consumers (heated pipe and pumps), by minimizing the deployment of subsea power cables that are very costly items. This architecture, combined also with subsea seawater treatment and injection and a subsea all-electric control system, would enable a single flowline and single power and (fiber) communications cable requirement to subsea (with no hydraulic lines needed) and reduce topside footprints.

Most of these technologies are here or almost ready, says Arcangeletti. Direct electrical heating (DEH) or electrically trace heated pipeline heating (ETH) technologies are now proven in field, while Saipem is also working on an ETH pipe-in-pipe technology, and a qualification program for long tiebacks is ongoing and expected to be full-scale qualification tested by the end of this year, taking it to TRL4. 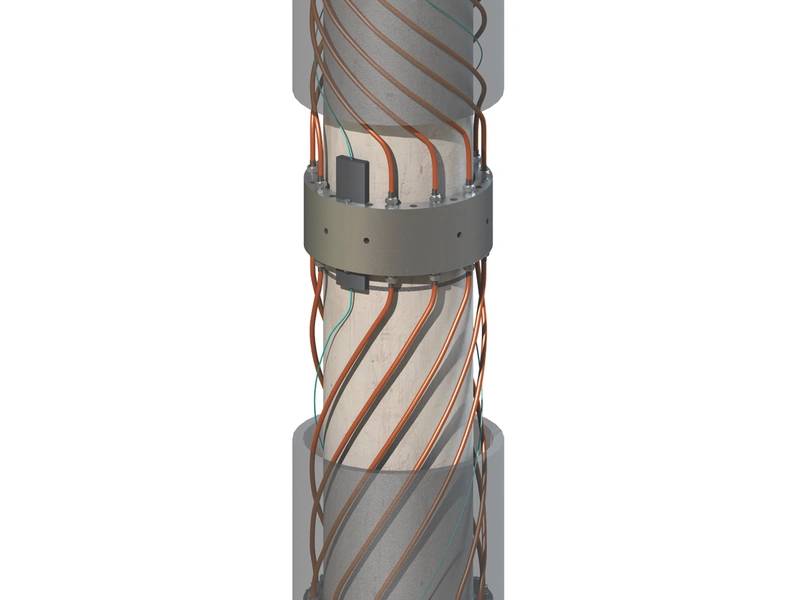 Subsea power distribution is an emergent technology a number of suppliers are working on and have either qualified or are close to qualifying.

Subsea power distribution would enable the power to be distributed subsea using subsea switch gear, variable speed drives (VSD) and transformers. This could then be used for all power needs on the seafloor – from pumps to the pipeline heating – in a more flexible and cost-effective architecture than by feeding each consumer from topside by deploying several cables.

“This is a great achievement because with this, the electro-hydraulic actuators of the valves are replaced with electric actuators, so you don’t need hydraulic lines feeding a hydraulic power unit and the valves,” Arcangeletti says. “The control umbilical [size] will shrink and reduce costs.” 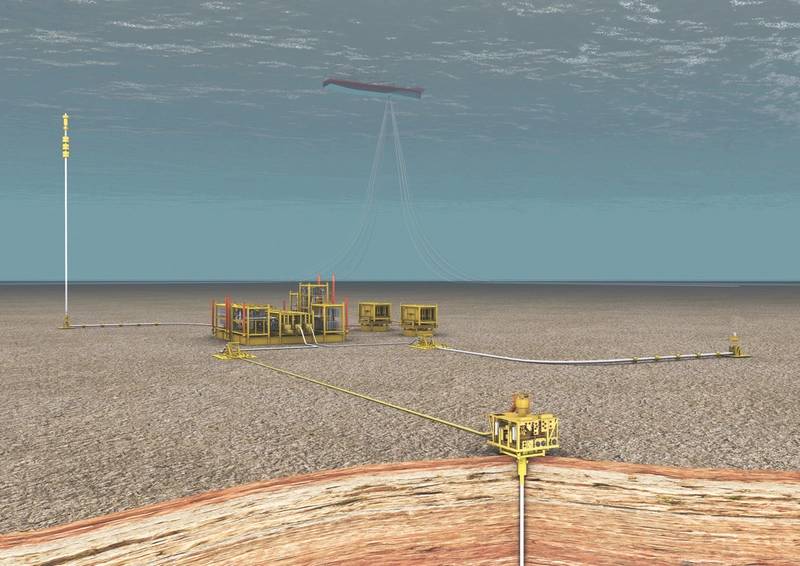 Saipem and Siemens have successfully concluded the joint development program for the all-electric subsea control system, aimed at promoting and qualifying an open framework subsea system, according to the Saipem mindset, hence providing additional flexibility to the subsea controls and applications.

The control system is based on Siemens DigiGRID and uses a limited number of standard interfaces, thanks to the integration of different communication networks, logically segregated, into the same physical infrastructure, rather than having separate subsea electronics modules and cables for each specific function such as process control, condition monitoring and safety.

The new technology reached TRL 4 (API 17N) with a factory integration test completed in April 2019. The main hardware is comprised of Module SubCU, an all-electric subsea control unit fit for highly demanding subsea processing applications as well as for traditional applications (including subsea brownfield projects and tieback fields); a subsea power manager unit (SPM); and a low voltage power distribution system fit for power consuming subsea processing applications and enabling new subsea users such as subsea chemical injection skids. The SPM unit is also a communication distribution unit and, if needed, can act as a functional hub in place of the topside master control station.

Bringing all of these technologies together would enable a new field architecture, he says. “The technology has progressed a lot and is ready to go to market or a development, or is close to completion. The flexibility gained by adopting heated pipelines is much greater than having a dual pipeline (loop) and needing to displace the fluid on shutdown, etc.”, thus also operational expenditure could benefit from this.

Getting gas to shore
For long-distance gas tiebacks, there are other concerns, which Saipem has also been looking at. In a study for Total, looking at solutions for a 2,000-meter water depth, 150-kilometer-long gas field tieback, Saipem proposed a two-phase project. In phase one, there would be one production export line, using reservoir pressure to produce as much gas as possible. In the second development phase, subsea processing would be used to increase recovery. Subsea processing options could be either subsea separation or subsea compression, the latter providing the greatest recovery rates and, with use of a smaller diameter pipeline, lower costs, Amelie Pauplin hydraulic and flow assurance lead at Saipem, told OMC. She also said low-dosage anti-agglomerates could be used instead of monoethylene glycol (MEG), for hydrate inhibition, as well as a subsea MEG injection skid for shutdown and startup operations. For this system, all-electric would also be beneficial, by reducing the size of the umbilical required, she says.

Subsea compression was proven in 2016, on Equinor’s Åsgard field offshore Norway. Now, Chevron has agreed a front-end engineering and design (FEED) contract with Aker Solutions for what could be the world’s second subsea compression project, targeted for the Jansz-Io gas field, 200 kilometers offshore Australia in 1,350 meters water depth. This will enable a tieback to an onshore liquefied natural gas (LNG) facility, backfilling as excess capacity opens up. “Chevron backfilling LNG is one of the best business cases for subsea compression, and that’s probably a growing market,” says Evans. “Thinking about the next phases of projects like Ichthys or even bringing in to final investment decision (FID) stage for a big project like Browse [all in Australia]. It’s compelling there, because there’s little other infrastructure, so you are reliant on really good recovery rates.”

Another idea to tap gas, that’s maybe otherwise stranded, was presented by Lee Thomas, project engineer at Intecsea, at Subsea Expo earlier this year. It’s been dubbed a pseudo dry gas system, and he says it could extend the distance gas tiebacks could achieve to in excess of 150 kilometers. It would involve placing multiple, in-line piggable separators to remove liquids from the wellstream and that condense from the gas during transportation. Supported by small, single phase centrifugal pumps, larger pipeline diameters can be used to optimize back pressure – by some 50-80 bar. 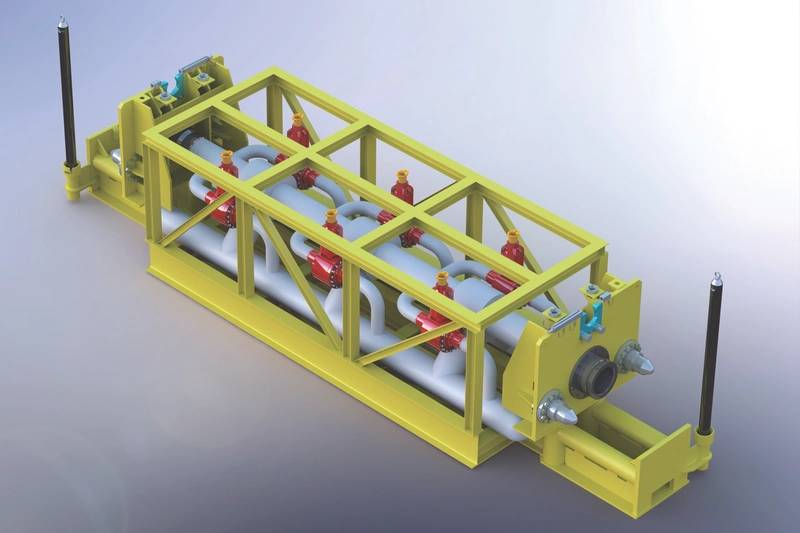 It’s a concept already used onshore in coal seam gas gathering networks, Thomas says, and could be used for gas tiebacks to onshore LNG facilities. In a case study for a 183-kilometer tieback, with nine satellite wells, Thomas says six pseudo dry gas units could be installed at various points along the pipeline, the last being 80 kilometers from shore, after which the gas no longer condenses.

A study was also done looking at a 200-kilometer tieback, for a West of Shetland field in 1,700 meters water depth. Various options were looked at, including using a floating production system, single (22-inch) and dual subsea tiebacks, a tieback with west gas compression, and a tieback using the pseudo dry gas system. Thomas says the latter would just need four passive units across the system with a 30-inch pipeline.

The system could be used for tiebacks out to 200 kilometers, and even 300 kilometers, and could reduce cost by 40% to 60% compared with alternative concepts, says Thomas, who came up with the idea in 2016 in his home attic office. Worley (previously Worley Parsons, which Intecsea is part of) took on Thomas and the idea in 2017, and the concept has since had Oil and Gas Innovation Centre (Aberdeen) funding and University of Strathclyde support since then, with a client feasibility study performed last year, and the Oil & Gas Technology Centre (OGTC) supported West of Shetland study started in late 2018. A flowloop facility is being built to test the idea, working with the OGTC, and testing was due to start in May alongside another client feasibility study. 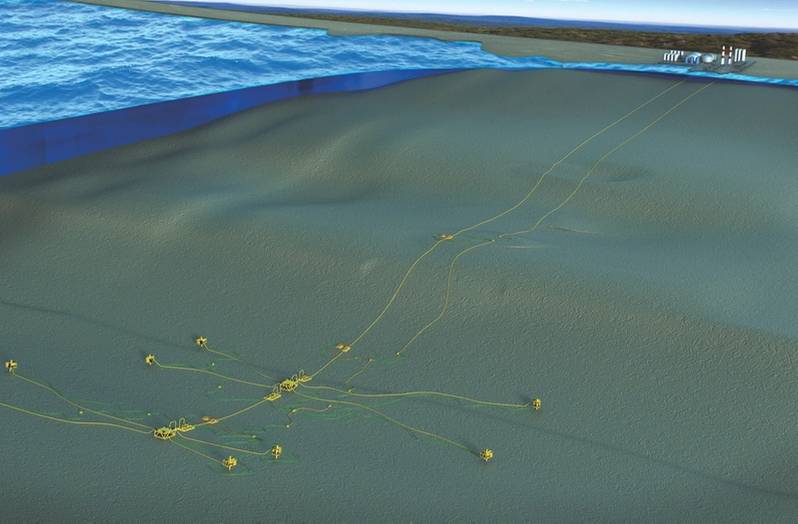