EnQuest to Focus on Cutting Debt as Profits Jump

North Sea focused oil producer EnQuest on Thursday committed to continue efforts to cut its $1.77 billion debt this year after reporting a jump in full-year profits on the back of increased production.

Chief Executive Amjad Bseisu said, "We are committed to further reducing our debt, and expect our net debt to EBITDA (earnings before interest, tax, depreciation and amortisation) ratio to trend towards 2 times this year and intend to operate within our 1-2 times target in the future."

The shares had dropped to a three-year low earlier this month after EnQuest's partner in its flagship Kraken field, Cairn, downgraded reserve assumptions by around a fifth.

EnQuest sees no need to take a similar step.

"It's not unusual to have different views on reserves. We're expecting improvement," CEO Bseisu said, adding that he expected the field to run at over 80 percent efficiency in the short to medium term.

"Overall we're confident enough that we haven't changed any guidance. You have to look at this as a portfolio of fields, some will do better, some will do worse."

The company's 2018 core earnings more than doubled from a year earlier to $716.3 million, due to higher output.

BMO analyst David Round said, "Whilst messaging from many of EnQuest's peers moves from deleveraging to capital deployment into growth projects, EnQuest still has much work to do to repair the balance sheet."

When asked about EnQuest's growth plans, Bseisu pointed to nearfield developments at Magnus, Kraken and in its Malaysian fields. "Our focus is to continue working on the assets we have," he said. 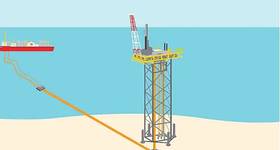 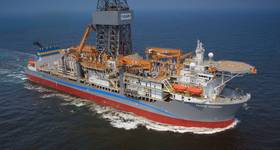