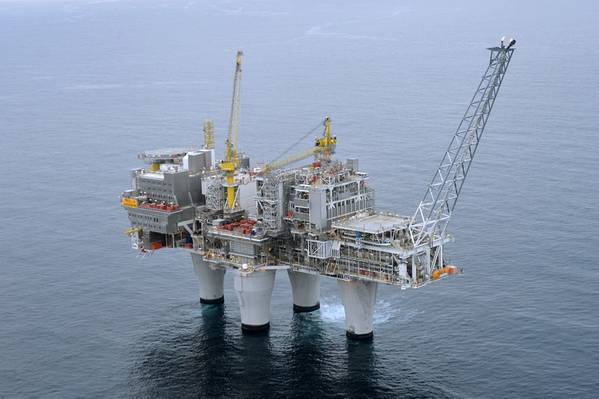 The Troll A platform in the North Sea (Photo: Harald Pettersen / Equinor)

Equinor has received government approval for its plan to boost output and extend the lifetime of Troll, Norway's largest oil and gas field, the company said on Friday.

The field accounts for about 40 percent of the natural gas reserves on the Norwegian continental shelf (NCS) and meets about 7-8 percent of Europe's consumption. Norway is Europe's second largest gas supplier after Russia.

In Phase 3, a gas cap located above the Troll West oil column will be produced at the same time as oil production continues.

"With a break-even of less than $10 per barrel, Troll Phase 3 is one of the most profitable and resilient projects ever in our company," said Torger Roed, Equinor's senior vice president for the project.

Equinor and its partners have awarded 950 million crowns in contracts for marine installations and subsea facilities to Nexans, Deep Ocean, IKM, Allseas and Marubeni.

In addition, the partnership has awarded contracts worth about 2 billion crowns for subsea facilities and the construction of a new processing module on the Troll A platform to Aker Solutions.

In October, Equinor said it had upgraded its oil-producing Troll B platform to process natural gas for export until the Phase 3 comes on stream in 2021.

"In a few years Troll will only produce from the large remaining gas reserves. The production horizon for gas from Troll lasts beyond 2050," it said.