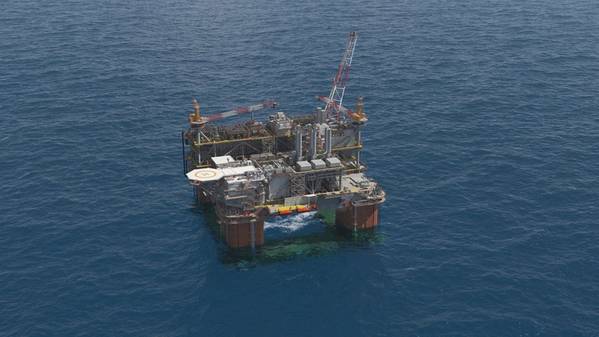 The new floating production unit currently being constructed for the Mad Dog 2 project in the deepwater Gulf of Mexico will be named Argos, U.K. oil major BP announced.

BP said the name was chosen by the project team and an employee survey and is a reference to Odysseus’ loyal dog from the ancient Greek epic The Odyssey, and a nod to the Mad Dog spar, an existing production facility operated by BP that is located about six nautical miles away from the Argos site.

The Mad Dog 2 project, which will help extend the life of the super-giant Mad Dog oil field beyond 2050, includes the Argos platform with the capacity to produce up to 140,000 gross barrels of crude oil per day through a subsea production system from up to 14 production wells and eight water injection wells.

Starlee Sykes, BP’s regional president for the Gulf of Mexico and Canada, said, “[The Mad Dog 2 project] is key to delivering high-margin production from one of the largest fields in the Gulf of Mexico, and it will strengthen our position in the basin for years to come.”

The Argos platform hull and topsides are currently under construction in South Korea, with oil production from the facility expected to begin in late 2021. Sykes said the project is on track and on budget

Originally estimated to cost over $20 billion, BP worked with co-owners and contractors to simplify and standardize the platform’s design, reducing the overall project cost by about 60 percent. The final investment decision for the $9 billion project was approved in early 2017 by BP (60.5 percent) and co-owners BHP (23.9 percent) and Union Oil Company of California, an affiliate of Chevron U.S.A. Inc. (15.6 percent). 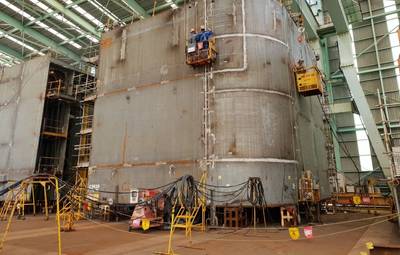 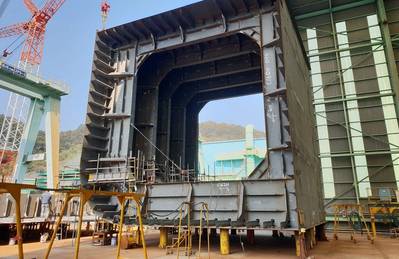