Finally, some sanity has surfaced in Europe on the subject of climate change and it is from a real scientific heavyweight to boot. Rarely have I found a book* so elegantly simple and yet compelling. Christian Gerondeau, a very well known French scientist and engineer, author of over ten books and a former scientific adviser to the French prime minister Jacques Chaban-Delmas, has just published in English one of the most devastating, lucid and convincing books on the climate debate. It is a little book, just 150 pages, and it comes hard on the heels of the French edition which made the bestseller list there under the title CO2: Un mythe planétaire.

It would be a serious mistake to judge the book by its size, considering the myriad of pages that have been published by both ‘pros’ and ‘skeptics’ including the UN IPCC, a top heavy scientific cabal of climate ‘experts’, their detractors and, of course, all the alarmist politicians of the world, headed by Al Gore, Barack Obama and a cadre of European and Australian leaders.

Had it not been for the stance taken by China and India, but also the ongoing economic uncertainty, only God knows what the world would have endured after the Copenhagen folly late last year.

Gerondeau poses just five simple questions and it would be great if all reasonable people, on either side of the global climate debate, paused for a minute to contemplate them (unless of course the polarizing, highly ideological and acrimonious ‘debate’ of the last few years has poisoned everybody’s minds and there are no more reasonable people. Personally, I admit that I have grown to have little tolerance for climate alarmism, but I still have enough of an inquisitive mind to be persuaded otherwise). OE 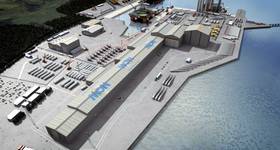