Going with the flow

A third-generation subsea multiphase flowmeter and a second-generation subsea wet gas meter are among the new products expected to emerge next from the Roxar Flow Measurement team in Bergen, now officially dubbed parent group Emerson's Multiphase Centre of Excellence.

Both new products have been developed in response to today's growing market requirement for HP/HT and salinity measurement capability, and Roxar is looking to have them fully qualified by the end of the year.

The compact MPFM 2600X, subject of a JIP involving Statoil, Total, BP, Shell and ConocoPhillips, will be about half the height of current units and substantially lighter. 'We are aiming to establish it as the most reliable and best performing multiphase meter in the world,' says Roxar managing director Bret Shanahan. With its extended operating range and significantly improved accuracy, the new wet gas meter will, he adds, compliment the MPFM 2600X in handling the more demanding high temperature requirements, particularly in Asia's big gas fields, as well as addressing changing conditions in the field.

Following shallow water trials with Statoil, Roxar launched a pilot this February for its innovative ROV retrieval system for changing out intrusive sensors individually subsea. The system, developed in collaboration with BP, Chevron, Shell, Total and Statoil, is already being specified into upcoming subsea projects, says Shanahan. ‘There are backups of course, but with today's increased focus on safety and integrity there's a desire to be able to replace these intrusive sensors – plugged into various places, whether it be a subsea manifold or xmas tree – online without having to shut things down,' he explains. ‘This ROV system allows you to climb on and remove and replace the sensor electronics. It's the only way operators can actually replace an intrusive sensor without having to pull up significant steel off the bottom of the ocean.'

Heavy and light duty hydraulic stab plates – designated Odin and Thor respectively – have been developed for both subsea and topside application by Fjell Subsea Products (FSP), a newly established division of Fjell Industries based in Straume-Sotra, 15km west of Bergen. Odin was designed to withstand high loads and is equipped with an innovative, easy to reset secondary release mechanism. Compact and lightweight, Thor was designed as an easy to handle subsea or topside plate covering a full range of hydraulic connection requirements. Both are available in standard sizes accommodating either 12, 18 or 22 hydraulic couplers.

FSP has also developed the ROV deployable Freya injection/gas lift connector in a range of sizes from 1in to 6in and said to offer market-leading performance in terms of ROV interface, pressure ratings, size and weight.

Software supplier Amitec will provide the PI information system – an OSIsoft infrastructure for managing real time information and events – for Eni Norge's Marulk and Goliat fields. The company will provide a 30,000 tags PI server with interfaces and clients, as well as consultant services, training, support, development and integration with related software from the Eni Norge product ranges. The duration of this contract is three years.

Amitec CTO Børre Heggernes says this three-year contract, with an optional 1+1 year extension, consolidates the company's position as the Norwegian oil & gas industry's leading IMS provider. ‘To my knowledge this is the northernmost PI in Scandinavia,' he adds. Production from Marulk, which is connected to Statoil's Norne FPSO, starts this year and from the Goliat oil field in 4Q next year.

Norwegian firm Wirescan recently received a US patent for its innovative LIRA (Line Resonance Analysis) cable diagnostic system, developed to provide superior risk management and cost control during subsea cable manufacturing, installation and operation. The system can be used on all electrical cables ranging from 30m to over 300km.

LIRA applies a low voltage, nondestructive RF signal to the cable, and detects all impedance changes in the cable insulation. In addition to known splices, it will detect impedance changes due to water intrusion, bends, scratched, mechanical impacts, etc. ‘This is valuable information to determine if the cable needs repair or replacement, and a planned maintenance programme can be put in place, to save costs compared to ad-hoc repair due to unexpected cable breakdown,' says Wirescan sales vice president Vidar Bergli.

According to Bergli, LIRA encompasses the lifetime of the cable, providing an additional QA/QC system during manufacture, continuous monitoring during installation and immediate feedback on failures and damage so the cable can be repaired on the installation vessel. It can also be used for trend analysis with repeated measurements over time, and to accurately locate failures in the cable down to 0.3% of the cable length. 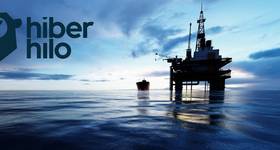 Shell to Use Hiber's Satellite-linked Tech for Well...