Bergen-based explorer Rocksource said this morning that its exploration well on the Storbarden prospect will be plugged and abandoned after finding no hydrocarbons.

The well was drilling on PL 506S in the Norwegian sector of the North Sea using the Borgland Dolphin drilling rig.

Rocksource said: "Rocksource announces that the drilling rig Borgland Dolphin has completed drilling of the main reservoir and the secondary target at the high risk Storbarden prospect in PL 506S in the North Sea. The well has not encountered hydrocarbons. Final data acquisition and analysis is currently on-going after which the well will be plugged and abandoned."

A final press release will be provided by the Norwegian Petroleum Directorate upon completion of the well operations. 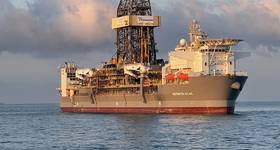