Shell said today it has made a 100million barrel deepwater oil discovery in the Gulf of Mexico, adding to the potential of the future development of its Appomattox find.

The Vicksburg A discovery is nearby Appomattox, which contains about 500million bbls of potentially recoverable resources, says Shell.

The operator says it will now start drilling a sidetrack well at Vicksburg A to test the Corinth prospect, which is in a separate fault block from Vicksburg.

The find follows Shell's recent announced of a final investment decision on the Stones ultra-deepwater project, a Gulf of Mexico oil and gas development expected to host the deepest production facility in world.

It has also said it is also in the concept selection phase for the Appomattox and Vito discoveries in the Gulf.

"The results of the Vicksburg well strengthen our existing deepwater Gulf of Mexico exploration portfolio and should contribute to the nearby Appomattox discovery,” says Mark Shuster, executive vice president Shell Upstream Americas Exploration. 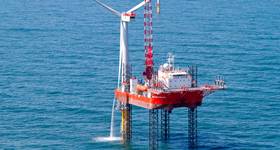