The project is currently in the detailed engineering stage with also contracted to support Heerema through the procurement, fabrication and installation phases.

Operator Total and its project partners will develop six of 12 discoveries, covering 800sq km, through 59 subsea wells, connected to two floating production vessels, each with a capacity of 100,000b/d.

Kaombo is Block 32’s first development and plans call for the production of several oil deposits scattered among six fields: Gengibre, Gindungo, Caril, Canela, Mostarda and Louro, located in the central and southeast part of the block.

It is currently in development based on the use of the state-of-the-art “hybrid loop” technology for multiphase pumping and transport of fluids.

Nearly US$8 billion worth of contracts for the Kaombo mega-project were announced in April 2014 including an estimated $3.5 million contract between Technip (55%) and Heerema (45%) for the EPCI and pre-commissioning of the SURF scope.

Other contracts went to Saipem, and Aker Solutions.

The project is scheduled for completion in the first half of 2018. 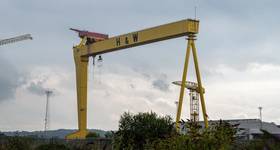