Japan was the first country to successfully produce gas from offshore methane hydrate sources underneath the seabed in a production test carried out, using the Chikyu deepsea drilling vessel, operated by Japan's Jamstec, under the operatorship of JOGMEC and led by the Japanese government, at the end of the 2013.

Drilling was at a site offshore between Daini Atsumi Knoll off the coasts of Atsumi and Shima Peninsulas. One production well and two monitoring wells were completed, with Baker Hughes providing services to the operation. Methane gas was produced from the methane hydrate layer for six days continuously using decompression, according to JAPEX, with average daily production at about 20,000cu m/d.

According to JMH, a “substantial quantity” of methane hydrate is estimated to lay offshore Japan. It could provide the country with a new domestic energy source.

Methane hydrate is a sherbet-like solid formed by methane gas, says one of the joint venture partners JAPEX. Natural gas is captured inside water molecules in highly pressurized, low-temperature natural environments, often in a shallow layer below the seabed at more than 500m water depth or in permafrost layers near the north and south poles.

According to JAPEX’s Methane Hydrate Development Plan in Japan Phase 2 2010 to 2016, the second offshore methane hydrate production tests will happen in 2015, followed by a final assessment in 2016.

The partners in JMH are:

US Department of Energy to fund methane hydrate studies 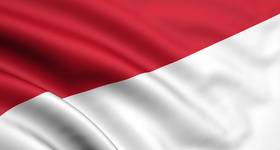