As ExxonMobil decreases its capital spending budget this year by 25%, the supermajor looks to start up 10 new upstream projects between now and 2017 that will see its production capacity increase.

The company’s capital spending will drop to US$23 billion for 2016, with ExxonMobil continuing to selectively advance its investment portfolio, and build upon attractive longer-term opportunities,” the company said.

A total of 10 new upstream projects in 2016 and 2017 will add some 450,000 boe/d of working-interest production capacity in a move that ExxonMobil says will enhance its resource value through production optimization, technology application and cost management.

“We remain steadfast in our mission to create superior long-term shareholder value,” Rex W. Tillerson, ExxonMobil chairman and CEO said at the company’s annual analyst meeting at the New York Stock Exchange. “We have the financial flexibility to pursue attractive opportunities and can adjust our investment program based on market demand fundamentals.”

Some projects that are expected to start up include: Chevron-operated Gorgon LNG in Austrialia; Exxon’s Julia in the deepwater Gulf of Mexico; Exxon’s Hebron off Canada; Exxon’s Kashagan in the Caspian Sea; Odoptu at Sakhalin-1 off northeast Russia; and Upper Zakum offshore Abu Dhabi.

Since 2012, ExxonMobil has started 22 major upstream projects, of which six were started last year, adding more than 940,000 boe/d or working interest production capacity.

Last month, the company revealed that it added 1 billion boe of proved oil and gas reserves in 2015 for a total of 24.8 billion boe that was a result of new developments, and a significant discovery offshore Guyana.

Exxon was able to add reserves in Abu Dhabi, Canada, Kazakhstan, and Angola last year. In addition, discoveries with its “by-the-bit” exploration, included Iraq, Australia, Romania, and Nigeria. However, its most notable was from Guyana at its Liza discovery.

Overall, ExxonMobil reported its resource base total to be more than 91 billion boe at year-end 2015. 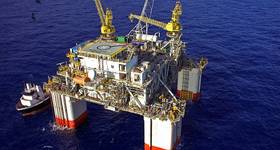