García brings more than 34 years of experience to the position, originally joining Pemex in 1992 as the head of reservoir characterization in Ciudad del Carmen after teaching at the Instituto Mexicano del Petróleo since 1979. He holds a B.S. in petroleum engineering and a M.Sc. in Reservoir Engineering from the University of Mexico (UNAM).

Most recently, he served as PEP’s deputy director of Planning and Evaluation.

García will undoubtedly head into new territory as the first director of PEP after the reform, which busted a 75-year standing oil monopoly. The reform has officially kicked off since he was named acting as acting director of PEP, with Pemex submitting its wish list of oil fields to the National Hydrocarbons Commission (CNH) in March.

“The energy reform allows Pemex to perform in a more efficient and successful way,” García said while speaking at the Petroleum Exhibition Conference of Mexico (PECOM) in April, adding that PEP intended to focus on exploration activity off Ciudad del Carmen.

With Pemex now open to foreign investment and able to form joint ventures, García campaigned for both Pemex and Mexico, the world’s seventh largest oil producer, at PECOM.

“We are a preferable partner," he said. “Nature has given us many types of crude oil – we are balanced. We also have access to the markets in a relatively easy way.” 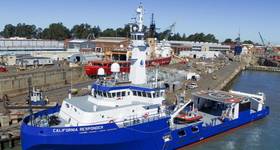 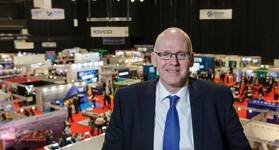