Well control has traditionally been taught to individuals with the aim of raising their technical knowledge. The overriding goals have been to increase participants’ decision-making abilities and competency in identifying well control situations, so that they can take the correct actions to close in the well and make the basic calculations required to initiate a well kill operation. This remains the case today. However, there is a growing recognition that effective well control incident prevention, identification and kill requires much more than individual knowledge, competence and skills. It requires the ability of the whole team to recognize and understand situations as they develop and to communicate any concerns or observations among team members and support each other to handle them effectively.

The 2012 OGP 476 report on well control training highlighted the need for more scenario-based well control training involving teams. This has been taken on by some drilling contractors, operators and training providers. However, where this has been put in place, the training tends to be focused on one aspect of the team, such as the drilling contractor’s personnel or the operator’s personnel. In other cases, the two are training together, which is certainly more effective, aligning teams from the two most significant stakeholders.

BP has, through its Global Wells Institute (GWI), taken this a step further to bring together all of the key players within a rig-based team – from the operator, the contractor and others. It seeks to train the full scope of individuals who may be involved in scenarios that could result in or develop into a well control situation. These include the operator wells team leader (drilling superintendent), engineers and well site leader (company representative), the drilling contractor (rig manager, offshore installation manager, tool-pushers, driller and assistant driller) and the service companies (mud engineer, mud logger and cementer). All of these individuals have roles to play to: a) prevent well control situations from occurring, b) to recognize when they do and c) to take proper action during well control kill operations.

BP’s applied deep water well control (ADWWC) training brings all of these individuals together as a team. This program provides joint understanding of the basics of well control causes and an appreciation of what is occurring down-hole during a broad range of well control situations. Technical skills are then tested in scenario-based training on a state-of-the-art, high-fidelity simulator in which the non-technical skills of situational awareness, communication, teamwork, decision-making, leadership and stress management are factors in how individuals perform, and the team melds to handle often complex situations. For each course, the simulator is programed to tailor the content to specific parameters for the rig and the well being drilled. This makes the scenario “real” and relevant to the team enabling them to obtain a hands-on appreciation of the potential for some events to occur in an environment very similar to the one in which they will be operating.

Each individual within the team plays their role in the training exercises, which reinforces the importance of nontechnical skills as well as the technical ones. For example, in the simulated scenario, the mud logger must make the decisions to call and advise the driller if there is any deviation in trends of the rate of penetration (ROP) or pit volume, and the assistant driller must challenge the driller or even tool-pusher in a decision or course of action that they believe may compromise a situation with which they are uncomfortable. Relationships between the operator’s representative and the drilling contractor’s senior person on the rig are tested through real-life examples of planning and operation. These non-technical skills form the elements of what is commonly known as crew resource management (CRM), applied successfully by the airline industry and others to ensure the potential weaknesses of the human factor are mitigated in the operational environment.

The simulator enables the enactment of these skills in an atmosphere as close to real life as possible in an office-based training environment. It is important to have a simulator that represents the equipment used in a realistic layout to make it as lifelike as possible. As training scenarios develop, the simulator becomes the “real world” as trainees become totally absorbed in their work, often forgetting they are not in a real life situation. This makes the training truly effective, as “normal” behaviors come to the fore. People’s real selves emerge in tense and stressful situations. This allows us to provide feedback with evidence that allows individuals to recognize behaviors of which they themselves were not aware. Self-reflection on such compelling evidence is encouraged to allow attendees to consider their impact on others and how they can adjust their approach going forward.

The ADWWC program is one of the new strategic programs being implemented by BP through the Global Wells Institute. “Wells activity is increasing dramatically,” says Gary Christman, Vice President of BP’s Global Wells Institute. “The cost and complexity of our operations are increasing too. BP strives for the best technical and leadership skills. Building those skills in our workforce is an important part of our competitive advantage in the years ahead. The opening of this Institute is the first step in gaining that advantage.”

BP created the Global Wells Institute to attract and develop the best people in the industry and to consolidate core and specialty wells training within the company. The goal is to supplement the training of identified BP employees and drilling contractor staff according to our exacting safety standards. The Global Wells Institute (GWI) is part of BP’s Global Wells organization – one single, centralized unit within the company – to plan and execute all drilling and wells operations across the globe safely and systematically no matter where we operate.

“We need to become even more rigorous and systematic about developing both technical skills and leadership skills in BP people, and this is an important way to do it,” Christman said. “The Global Wells Institute is not only a place, it’s a philosophy. It promotes our vision of ‘great people, great wells.’”

“In our ADWWC course, we get members of wells teams into their comfort zone and then we demonstrate that a comfort zone can be a risky place,” said Jim Borthwick, BP’s well control simulator operator in the Helios Learning Center, Houston. “The idea is to help prepare these wells teams for the unexpected, not only the ordinary.”

The teams work on dynamics and discuss strategies for improving their interaction skills and decision-making abilities. In classroom and simulator sessions, instructors use up-to-the-minute technology to teach the science of drilling and the application of that knowledge to many operational questions.

BP has run its ADWWC training for a large range of its global fleet of deep water rigs, especially for those operating in the deep waters of the Gulf of Mexico. To date, 20 courses have been run for seven rig-based teams; it normally takes three courses to cover one rig team in its entirety. The training is beneficial to all the parties involved. In addition to enhancing individual and non-technical skills, the joint training program acts as a bonding mechanism across the team. Without the simulator we would not be able to train teams in the difficult scenarios which we hope they will never actually face in real life. However, the important thing is they have an increased knowledge of potential scenarios and stronger working relationships across the team to be able to tackle potential issues more effectively if they do arise.

Tim Bailey joined BP in 1979 as a mud engineer in the North Sea. He has worked in the UK, Norway, and Colombia. He also served as wells team leader in the new BP Amoco Technology Group, followed by the role of common process director for BP Drilling and Completions. In 2010, he took on the role of Director of the BP’s Global Wells Institute to transform capability development for wells personnel. Bailey graduated with a BS in Geology, with honors, from the University of London. 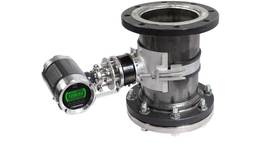