Another Piece of the Puzzle 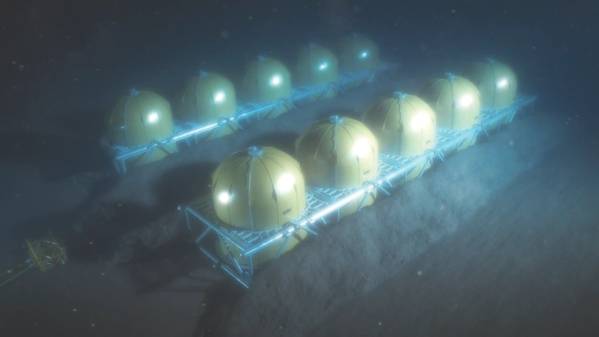 One of the missing links for some fully subsea production systems has been subsea storage, either for production fluids, later periodic offtake or production chemicals.

NOV has been working on a gravity-based subsea storage unit (SSU), based on a design initially developed by Kongsberg. The design, which would compete with a floating storage unit (FSU), has now gone through testing and looks set for large scale verification testing, likely in Norway.

The design is based on using a flexible membrane for oil storage, which is contained within a glass reinforced plastic (GRP) protection structure, that also provides a secondary barrier, in case of a leak. Water is allowed inside the structure, so the surrounding seawater is the same pressure as the stored oil behind the membrane. A center pipe is used for filling and emptying, from the bottom of the structure, via a standard flowline. Should there be a leak, a leak detection system would alert the operator and leaked oil would be trapped under the dome.

The units can be deployed in clusters that operate together as a hydraulic single unit, but can also be isolated, so that the whole storage farm doesn’t fail if a single unit fails, Julie Lund, subsea engineer and product manager for Subsea Storage Systems at NOV, told the Underwater Technology Conference (UTC) in Bergen earlier this year. 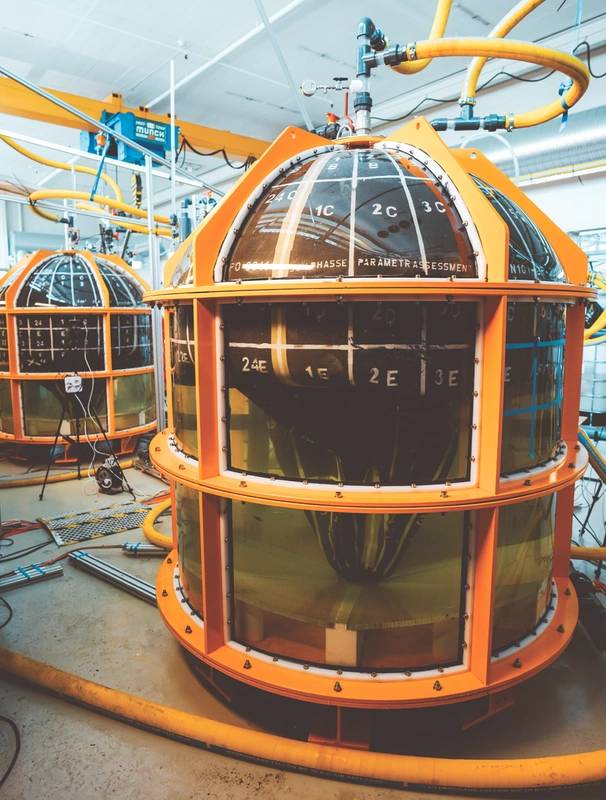 Lund says that subsea storage could offer lower capex and opex than an FSU, as well as a lower environmental footprint. NOV is pitching 20-year design life units at sizes between 10,000 cubic meters (cu m) to 25,000 cu m for water depth above 100 meters. A 10,000 cu m unit – the base case size – could typically take 40-875 cu m an hour of production and offload at 1,000-5,000 cu m an hour, she said. The company has also been working on chemical and produced water storage systems, which could also be needed during field life.

A lot of focus has gone into verifying the membrane that would be used. Following feasibility studies, NOV’s work has most recently focused on parameter testing using air and then oil in scale tank models, which completed in early June at the Institute for Energy Technology (IFE) near Lillestrøm, Norway. This verified the behavior of different membranes and geometries and how oil filled and drained from the scale model tanks. NOV now plans to do a large-scale verification test working with Equinor and The Oil & Gas Technology Center in the UK.