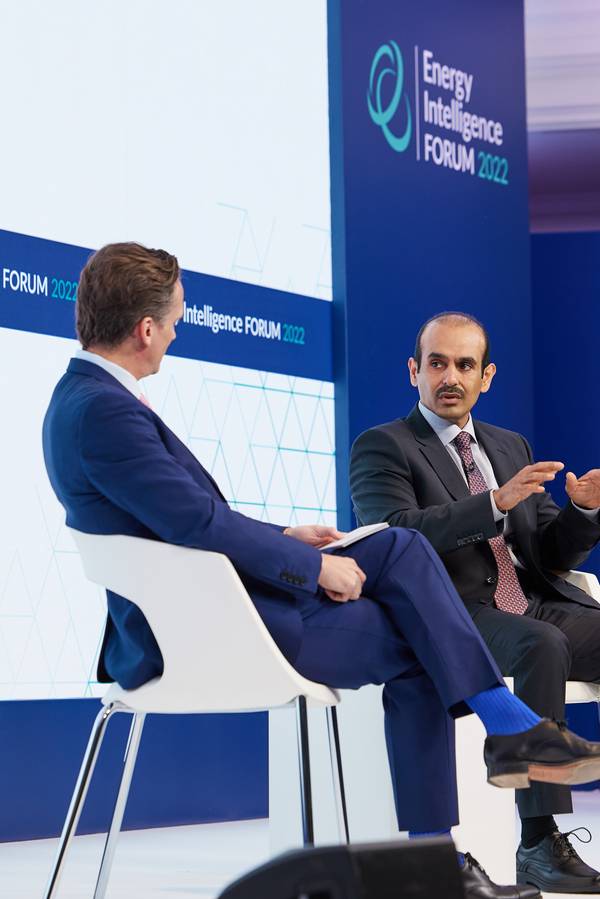 Saad Sherida Al-Kaabi, the Minister of State for Energy Affairs, the President and CEO of QatarEnergy, said that three new partners will be entering the North Field South (NFS) project in addition to the partner recently announced, adding that they will be announced in due course.

To remind, Qatar Petroleum in September signed an agreement with French supermajor TotalEnergies for the North Field South (NFS) expansion.

The North Field Expansion Project, comprising NFS and the North Field East (NFE) expansion projects, is said to be the industry’s largest ever LNG project. It will start production in 2026.

Regarding new partners for NFS, Al-Kaabi made the remarks during an industry event in London this week.

Al-Kaabi noted that the North Field East, North Field South, and Golden Pass projects will bring a total of 48 million tons of LNG per annum, stressing that Qatar alone will bring most of the new LNG volumes between 2025 and 2027.

Al-Kaabi said: “The partnership model we are adopting has been very successful in making us what we are today, giving us the ability to develop the best competencies, capabilities, technologies, and marketing support. We are grateful for our all our partners who are working with us hand in hand to reach where we are.”

On net-zero,Al-Kaabi said that while many countries had made announcements to meet certain targets by certain times, they did not have the plan and/or the will to take that commitment to the finish line. As a result, Al-Kaabi added, coal-burning is making a comeback more than any other time, "putting us many years backwards.2

Al-Kaabi highlighted Qatar’s role in reducing gas emissions and carbon footprint, saying: “His Highness the Amir will inaugurate Al-Kharsaah solar power station later this month, which has a capacity of 800 MW, providing our national grid with 10% of local demand. This says quite a lot for a major gas producer.”

“We are the largest MENA country in terms of injecting CO2, as part of our carbon capture and sequestration efforts. We are currently injecting 2.5 million tons as we speak, which will grow to over 11 million tons of CO2 per annum by 2035, His Excellency added.”

On energy transition, Al-Kaabi called for a responsible transition in which natural gas is a destination fuel accompanied by carbon sequestration and storage as well as methane abatement.