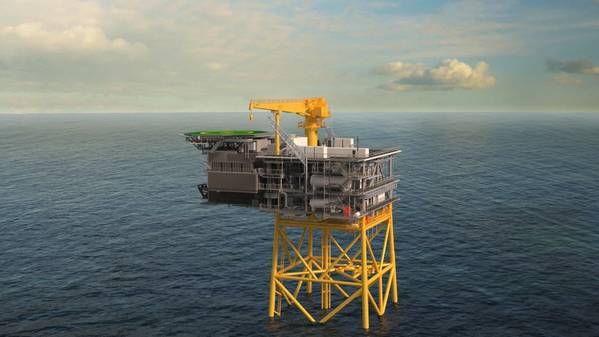 TechnipFMC has been awarded a significant engineering, procurement, construction and installation (EPCI) contract by Shell for the Jackdaw development in the UK North Sea.

The contract covers pipelay for a 30 km tieback from the new Jackdaw platform to Shell’s Shearwater platform, as well as an associated riser, spoolpieces, subsea structures, and umbilicals.

The tieback will use pipe-in-pipe technology, which is designed for high pressure, high temperature use.

Jonathan Landes, President, Subsea at TechnipFMC, commented, “We’re excited to embark on this significant project together in the UK North Sea. Our strong technical record and our ability to design, engineer, construct and install were key to our success in winning this award.”

In July, Shell said it would develop the Jackdaw gas field, which sits about 250 kilometers east of Aberdeen, Scotland.

The Jackdaw field is 100% owned and operated by Shell U.K. affiliate BG International, which has taken the final investment decision (FID) to develop the Jackdaw gas field, following regulatory approval earlier this year.

Expected to come online in the mid-2020s, Jackdaw will comprise a wellhead platform (WHP) that is not permanently attended, along with four subsea production wells and a 31-kilometer pipeline from the Jackdaw WHP to Shell’s Shearwater gas hub.

Peak production from the field is estimated at 40,000 barrels of oil equivalent per day, or more than 6% of projected U.K. North Sea gas production in the middle of this decade.

To lower the costs, the field will be produced by using a wellhead platform that is not permanently manned, tied-back to the nearby Shearwater platform.