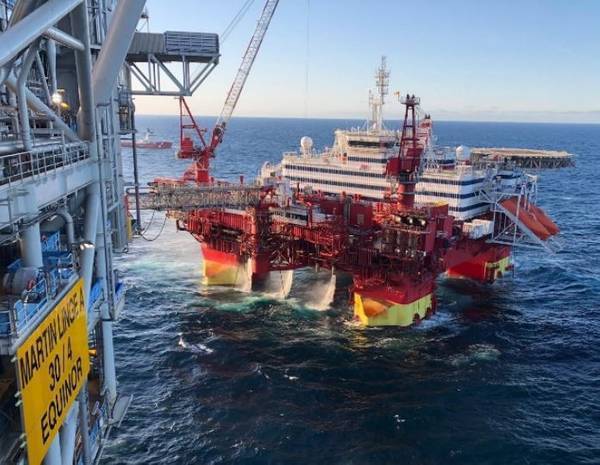 Norwegian energy firm Equinor has extended two contracts for the use of floating accommodation units with Norway-based Floatel International.

The contracts are for the Floatel Endurance and the Floatel Superior, both in the Norwegian North Sea.

The Floatel Endurance will continue to provide services at the Johan Sverdrup field until December 31, 2022. Two additional monthly options have been added under the same amendment, which gives Equinor the possibility to extend the charter until end February 2023.

Floatel Endurance is a semi-submersible accommodation and construction support vessel (floatel) designed for harsh-environment. The 2015-built rig, which can accommodate 440 people in single bed cabins, replaced the Floatel Superior unit at Martin Linge in early November 2019.

The Floatel Superior has recently been extended and will provide services at the Grane field, for the Breidablikk project, until November 15, 2022. Floatel Superior, equipped with Kongsberg Dynamic Positioning System, certified to DP3 class, can accommodate 440 people in single bed cabins. It has a telescopic gangway for client personnel to transfer between the rig and the host installation.

Earlier this month, Floatel International said it had secured a contract with Woodside for the Floatel Triumph semi-submersible accommodation unit.

The Floatel Triumph will provide support to Woodside's Pluto project in Western Australia. The three-month contract is expected to start around April 1, 2023. Woodside will have options to extend the contract further. Floatel International did not share details on the contract value.