North Sea "Not On Track" to Meet Emissions Targets 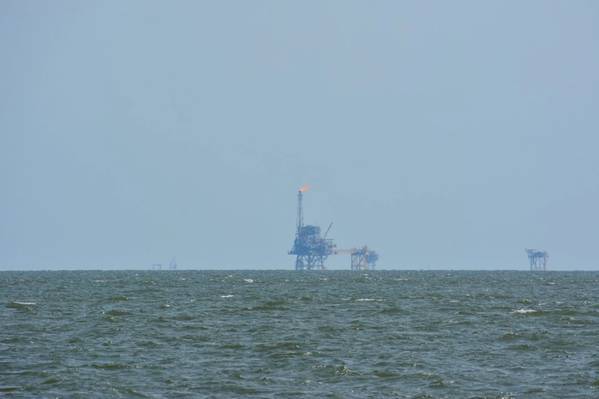 The North Sea oil and gas industry is on track to meet early emissions reduction targets after posting cuts of more than a fifth between 2018-21, according to the UK regulator, the North Sea Transition Authority (NSTA). But bold measures will be needed to hit a 2030 goal of halving emissions, according to the NSTA.

The organisation said that its latest Emissions Monitoring Report showed that greenhouse gas emissions were cut by an estimated 14.6% to 14.3 million tonnes of CO2e last year, adding up to an overall reduction of 21.5% since 2018.

Combustion of hydrocarbons for power generation was the main source of UKCS upstream greenhouse gas emissions between 2018 and 2020, making up 71%, followed by flaring, 22%, venting, 4%, and other noncombustion processes, 3%.

Announcing the report, the NSTA also unveiled a new North Sea emissions dashboard, allowing people to look at emissions performance across the UKCS, by region, year and type of facility, among other variables.

NSTA said that industry is working hard to reduce emissions by investing in more energy-efficient equipment and technologies which minimise flaring.

It also said that NSTA’s robust regulation, a reduction in offshore activity amid the Covid-19 pandemic and the permanent shutdown of several platforms with high emissions contributed to the decreases recorded in recent years.

In addition, the large number of platform maintenance shutdowns, timed to coincide with temporary pipeline closures, also contributed to a substantial fall in production and associated emissions last year.

"While the observed trends are promising, it should be noted that 2020 and 2021 have been unusual years for upstream activity in the UKCS," says the report. "As upstream operations return to a more regular and consistent rhythm, the challenge will be to sustain these reductions in future years."

NSTA says that its projections indicate the sector is on track to meet interim emissions reduction targets – of 10% by 2025 and 25% by 2027 – which were agreed in the North Sea Transition Deal (NSTD) between the sector and UK government in 2021.

But it says that the sector is not on track to meet the 2030 target on the current "business as usual" trajectory – which strips out the potential impact of investments in emissions reduction technology that the NSTA expects to
see - meaning further effort is required to meet and surpass the 2030 target.

"Upgrading platforms to run on clean electricity, instead of gas or diesel, is essential – the NSTD will not be delivered without it. At least two electrification projects should be commissioned by 2027.

"The NSTA will continue driving further reductions by robustly managing performance, including through the annual stewardship survey, monitoring and benchmarking, tier reviews and publishing new and updated guidance."

In the first half of 2021, the NSTA started requiring licensees to implement emissions reduction plans for new and existing projects and introduced tough new guidance to clamp down on flaring, the source of more than a fifth of UKCS emissions, and venting, it said.

"This has led to impressive actions including the installation of equipment powered by electricity, instead of gas, and systems which capture gas that would otherwise have been flared – contributing to total offshore flared volumes falling by 20% in 2021 and venting by 22% that same year."

Since its revised strategy came into force in February 2021, the NSTA has worked with industry on initiatives which have prevented the emission of 1.2 million tonnes of CO2e, the same as taking more than 500,000 cars off the road for a year.

According to the NSTA's report, carbon dioxide (CO2) emissions drive the overall trend in GHG emissions from upstream oil and gas in the UK. From 1990 to 2020, CO2  accounted for 89% of total upstream emissions on average; methane (CH4) for 9%; nitrous oxide (N2 O) for 2%.

Emissions peaked in the early 2000s as new facilities were commissioned and brought online. When production fell and decommissioning of older installations began, emissions fell, albeit at lower rates than production.

After peaking in 2001, CO2  emissions have been reduced by 41% to stand at 15.3 MtCO2  in 2020. Methane (CH4) emissions halved between 1990 and 2006 and have since remained relatively flat at an average of 1.6 MtCO2 e per year (or about 4% of total UK emissions - similar to the drop in emissions seen in 2020, when travel restrictions were imposed due to the Coronavirus pandemic).