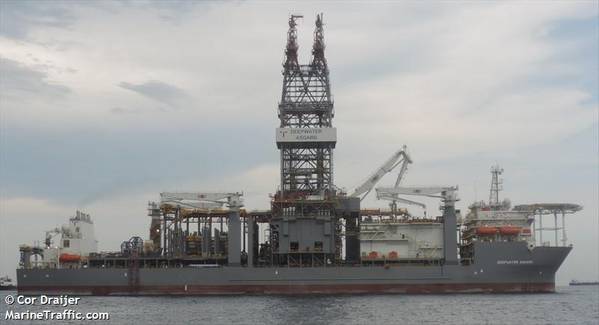 The two awards, which come from separate operators and are worth about $181 million combined, will keep the drillship employed for a minimum of approximately 14 months.

The first award is a one-well contract with Murphy Oil Corporation at $395,000 per day. The contract is expected to commence late this fall after the rig completes its current contract and a planned out-of-service period. The contract also includes an option for a second well at the same dayrate. The backlog for the firm contract is approximately $20 million.

The second award, a one-year contract with another operator at $440,000 per day (plus up to $40,000 per day for additional products and services), is expected to commence in the first half of 2023. This contract also includes three, one-year option periods at mutually agreed dayrates. The firm backlog associated with the contract is estimated to be approximately $161 million, excluding any revenue associated with the additional products and services.

Deepwater Asgard is a DSME 12000 Ultra Deepwater Drillship built in South Korea. It is capable of drilling in waters as deep as 12,000 feet, to a maximum depth of 40,000 feet.