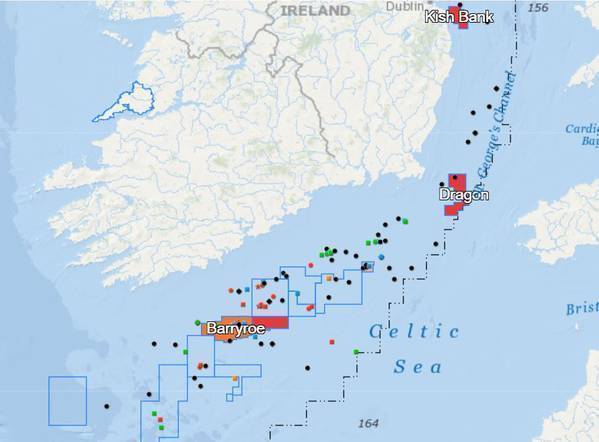 The Irish-based oil and gas company Providence Resources, focused on developing the Barryroe field in the Celtic Sea, off Ireland, has appointed Alan Curran as Interim Chief Executive effective.

Following Curran's appointment, James Menton reverts to his role as non-executive Chairman of the Board. Menton had temporarily taken on executive responsibilities after Alan Linn in October 2021 resigned from his position as Chief Executive.

Announcing the new appointment, Providence said: "[Alan Curran's]career spans 40 years in the oil and gas industry where he has held a wide range of senior roles.  Most recently Alan led a transformational restructuring strategy at Verus Petroleum.  As CEO from 2014 to 2019, he was responsible for overseeing $500 million of acquisitions, involving successful finance raising activity and extensive interaction with the banking and investment communities.  The successful program execution culminated in NEO Energy acquiring Verus in 2019," Providence said.

As a petroleum engineer, Curran began his career in the 1980's with Shell and subsequently held director-level roles at Oryx Energy, Kerr-McGee and Maersk Oil.  In 2006 Curran was appointed Managing Director at Lundin Petroleum, before joining Wood Group as Chief Executive of its North Sea business in 2009. Before his assignment with Verus, Alan held the position of COO with Iona Energy.  Over the last two years, Curran led Ortus Petroleum, an investment vehicle for oil and gas exploration in north-west Europe. Curran is based in Aberdeenshire, Scotland.

James Menton, Chairman, Providence Resources said, "I am pleased that Alan has agreed to join Providence Resources as Interim Chief Executive. As a Board, our primary objective is to progress our appraisal program leading to a phased commercial development of the Barryroe oil and gas field. We are confident that the field can be successful and I have no doubt that, with his extensive experience in the oil and gas industry, Alan's knowledge and expertise will assist the Board in optimizing the Barryroe Field."

The Barryroe field lies in approximately 100-meter water depth in the North Celtic Sea Basin and is located c. 50km off the south coast of Ireland. The field has been described as one of the largest undeveloped oil and gas discoveries offshore Europe, and is estimated to hold 2C resources of independently audited at 346 MMBOE gross.

Alan Curran, Interim Chief Executive, Providence Resources, said, "I am delighted to be joining Providence Resources at this pivotal time for the company. As one of the largest undeveloped oil and gas fields offshore Europe, there is no doubt that the Barryroe Field presents a unique opportunity to develop a critically important Irish source of oil and gas to substitute some of the imports that will be needed to meet ongoing demand during the energy transition."

Providence Resources in April 2021 terminated the farm-out agreement with Norwegian firm SpotOn Energy for the offshore block in Ireland containing the Barryroe oil and gas discovery.

Providence, with its partner Lansdowne, had in November 2020 agreed to farm out a 50% working interest Barryroe field to SpotOn, months after it started the farm-out talks.

SpotOn was to become the operator of the block and was expected, with its consortium of leading oilfield services providers including Schlumberger, Maersk Drilling, Keppel FELS, and Aker Solutions, Aibel, and AGR, to fund 100% of the early development program costs and the full field development.

However, Providence in April 2021 terminated the farm-out deal with SpotOn because "key financing conditions were not met," and said it would "lead the project development and funding arrangements."

Providence has previously said that Barryroe would be developed in phases, with an early development scheme for Barryroe planned to include three production wells with horizontal completions into the A-sand reservoir; one water injection well into the A-sand reservoir; subsea production trees with manifold and umbilicals tied back to a leased FPSO.