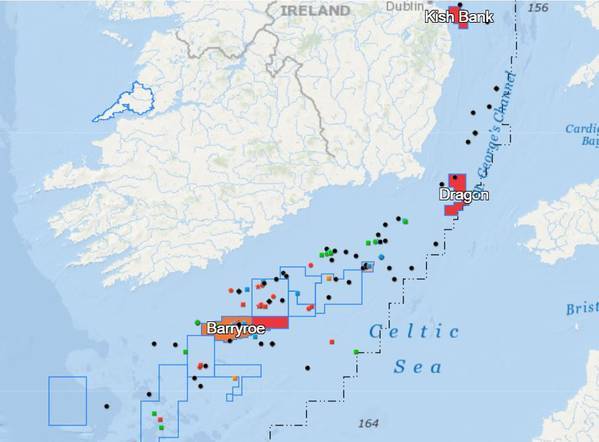 Ireland-based oil and gas company Providence Resources has said it is progressing farm-out talks with SpotOn Energy over its offshore block containing the Barryroe discovery.

"Providence Resources is now working with SpotOn energy and the members of the consortium to finalize the Farmout work program," Providence said.

On finalization of the farmout agreement, SpotOn Energy will manage the Barryroe Development, working with the consortium.

"The “Blue Chip” consortium comprises industry service and supply companies with excellent technical and operational credentials, and extensive experience undertaking projects similar in nature to the Barryroe Oil and Gas Field, which is a shallow water conventional development," Providence said.

CEO Alan Linn said:  “Barryroe is one of the largest undeveloped oil and gas fields in Europe and, having worked with many of the consortium companies over the years, I am confident that we are introducing a high-quality core project development team with both the capability and capacity to deliver a “World Class” project.

“This will significantly increase the flexibility Ireland has to manage the transition to carbon-neutral by 2050 by supporting the local economy and contributing to energy supply stability, both of which are essential for the full benefits of renewable energy sources to be realized.”

Worth reminding, Ireland's government in September 2019 imposed a ban on new exploration for oil offshore Ireland, as part of its effort to tackle climate change. Offshore gas exploration will continue as gas as the extraction of new offshore natural gas reserves is seen as consistent with a low carbon transition.