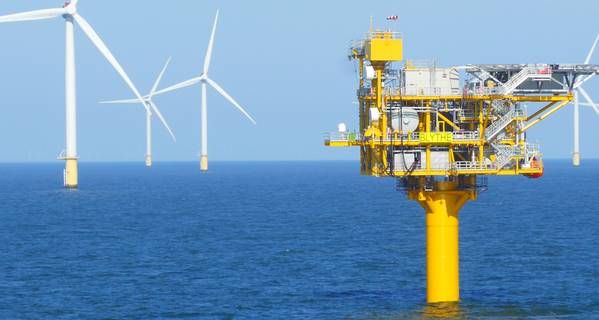 UK-based oil and gas company IOG said Monday that production from its recently launched Blythe and Elgood gas fields in the UK North Sea has been shut-down due to Perenco Bacton terminal's issues with handling the fields' condensate.

Blythe and Elgood, which started production in March,  are part of IOG's Saturn Banks project.

According to IOG, over the past month, Blythe and Elgood hydrocarbon liquids (condensate) flowing into the Saturn Banks Reception Facilities slugcatcher have fluctuated considerably, reaching peak levels of up to 1,850bbl/d.

The Saturn Banks Reception Facilities, which lie adjacent to the main Perenco Bacton terminal, are co-owned by IOG and CalEnergy Resources Limited and operated by Perenco (UK) Limited (PUK).

All liquids streams coming into Perenco Bacton, including Saturn Banks liquids, are processed through the terminal's Condensate Stabilisation Unit (CSU).

"In the past week, a PUK operational risk assessment has identified a drainage system deficiency in the [Condensate Stabilisation Unit's] two recycle compressors, which has been highlighted by the increased Saturn Banks liquid rates," IOG said.

"PUK has concluded that this must be addressed before any further Saturn Banks liquids can be processed and has limited the SBRF slugcatcher to a 15% maximum liquid level. Consequently, after progressive reduction in flow rates to manage these constraints, PUK has now enforced a full shut-in of Blythe and Elgood production to prevent further liquids entering the slugcatcher," IOG added.

Per IOG, Perenco has been developing a modification to their CSU compressor drainage system to resolve the issue.

"Subject to a safety review scheduled for Monday 23rd May, one compressor is expected to be modified within approximately one week, enabling limited initial resumption of Saturn Banks production (currently projected to be c.30 mmscf/d of gas). Following modification of the second compressor, which is expected to take approximately one further week, Saturn Banks production is expected to be gradually restored to normal levels over the following weeks. The outcome of PUK's safety review may yet affect this provisional timeline," IOG said.

Blythe and Elgood condensate yields per unit of gas produced are expected to decline relatively rapidly during the first year of production, IOG said, adding that this should reduce any longer-term potential for such onshore liquids handling challenges. Southwark, the third field in the project, is expected to have far lower condensate yield, IOG said.

Per IOG, average aggregate Saturn Banks gas production over the 30 days prior to May 20, was 41 mmscf/d, achieving uptime of 74% at Blythe and 78% at Elgood.

Andrew Hockey, CEO of IOG, commented: "Whilst relatively high liquids flows are welcome and generate revenue, liquids handling issues within the Perenco Bacton terminal have unfortunately required a short-term shut-in of Saturn Banks production. This is a very frustrating interruption to our efforts to maintain stable, consistent early gas flows, however, maintaining the highest safety standards must always be the first priority."

"We are in close dialogue with Perenco at both management and technical levels to ensure the modification to their plant is rapidly expedited. Subject to their risk review, we currently expect a limited re-start after approximately one week with a gradual return to full production levels over the following weeks."

The news of the production shut-down comes a little over a month after IOG restored the Blythe field output after a shutdown caused by a mechanical fault on the offshore platform. Read more here.