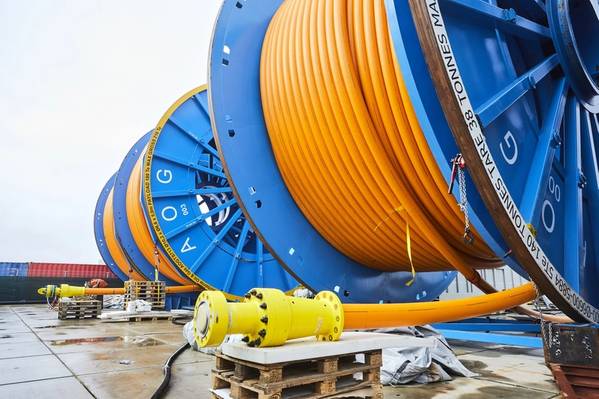 Strohm, the developer of Thermoplastic Composite Pipe (TCP), has signed a memorandum of understanding (MoU) with French renewable hydrogen supplier Lhyfe, to collaborate on the transportation solution for hydrogen produced from a floating wind turbine to be integrated with a hydrogen production system.

The partners said that they would collaborate on solutions for hydrogen transport, both onshore and offshore, but that the initial plan is to develop a solution for a floater with hydrogen production system.

Lhyfe’s Nerehyd solution, a concept worth approximately €60 million, including research, development, and the production of the first prototype in 2025, incorporates a hydrogen production facility on a floating platform, connected to a wind turbine. The concept is adapted to on-grid or off-grid applications, from single wind turbines to large-scale wind farm developments.

According to Strohm, its corrosion-resistant TCP, which does not fatigue or suffer from issues associated with using steel pipe for hydrogen, is particularly suited for carrying hydrogen offshore and subsea.

Manufactured in long spoolable lengths and flexible in nature, the pipe can be pulled directly into the wind turbine generator, quickly and cost effectively building an offshore wind farm infrastructure, Strohm said. 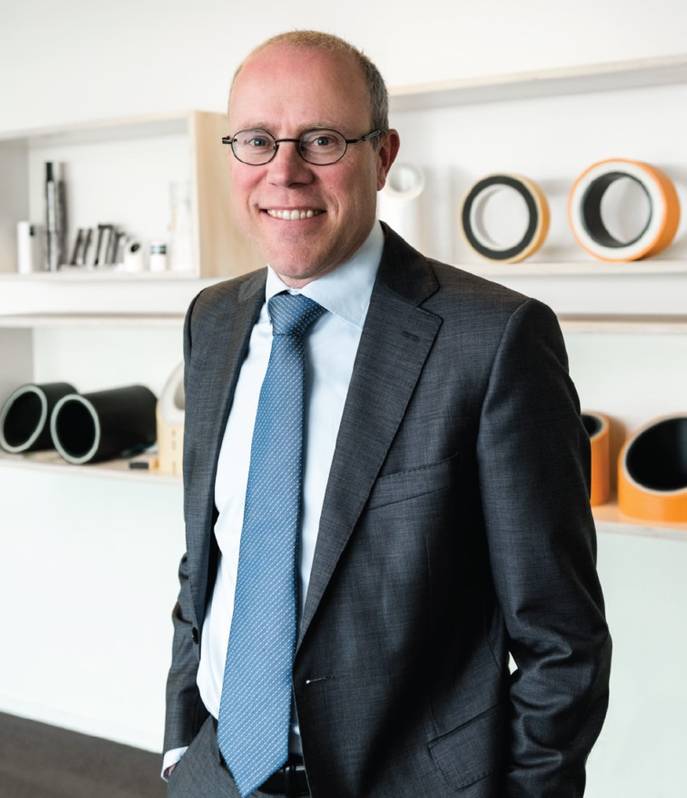 "Lhyfe and Strohm recognize the value of collaborating in the offshore wind-to-hydrogen space, where superior characteristics of TCP, combined with optimized topside components such as electrolysers, to deliver a safe, high-quality, and dependable hydrogen transfer solution. The flexibility of TCP also facilitates finding the optimal configuration for operators and integrators in the growing offshore renewable hydrogen production industry," Strohm said.

Strohm CEO Martin van Onna said: “We are very excited to announce this new partnership. We anticipate an increase in both size and scale of renewable projects in the next decade, and this collaboration will perfectly position our companies to support this.

“We share the same vision that renewable hydrogen will be an important part of the transition from fossil fuel. Lhyfe’s extensive renewable hydrogen expertise coupled with Strohm’s superior pipeline solutions will enable the rapid acceleration of safe offshore wind-to-hydrogen projects by providing more reliable and cost-effective solutions.”

Marc Rousselet, director offshore deployment of Lhyfe added: “Lhyfe is looking at securing the entire value chain, from the production of the renewable hydrogen offshore to the supply at end-customers’ sites. This includes controlling the transport of the hydrogen from the offshore production asset to shore.

“Strohm has qualified TCP flexible risers and flowlines, with pressures up to 700 bar at various internal diameters, and will add 100% pure hydrogen to its DNV qualification by the end of the year, far ahead of other technologies. The TCP manufacturer has developed strong collaborations with companies installing such equipment offshore in a safe and efficient manner. Lhyfe has demonstrated the market exists and it has a high potential for growth and, with this partnership with Strohm, we aim to access a wide range of ambitious projects around the world.”

According to information on Lhyfe's website, as early as fall 2022, Lhyfe will be commissioning the first pilot offshore green hydrogen facility to operate under real conditions.

The company said that this will the world’s first floating 1 MW electrolyzer and will be connected to a floating wind farm, "making Lhyfe the only company in the world with offshore operating experience." It is now clear if this project is also being considered for Strohm's TCPs.

"By 2030-2035, offshore could therefore represent around 3 GW additional installed capacity for Lhyfe," the company says.