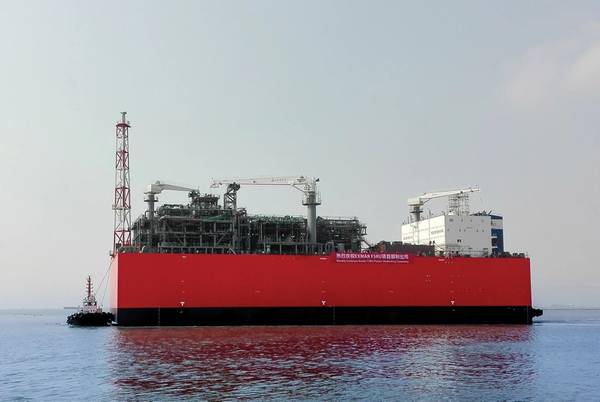 Belgian shipowner Exmar reported a wider loss in the first quarter of 2022 as it continued to seek a user to charter one of its giant liquefied natural gas (LNG) ships.

Exmar, which offers maritime and offshore services, reported a consolidated loss after tax of $7.7 million in the first three months, against a loss of $2.2 million a year earlier.

Earnings were hit by two of Exmar's mammoth floating storage and regasification units (FSRU) being out of use during the quarter, but the group last month reached a deal to charter its S188 [FSRU] for Gasunie's planned LNG Eemshaven terminal.

"The barge will be transported from Singapore to the Netherlands in May and is expected to arrive at its employment location Eemshaven early August 2022," Exmar said on Thursday.

Gasunie is looking to secure 4 billion cubic meters of LNG capacity, as part of a broader Dutch push to limit the country's dependence on Russian gas as result of the Ukraine crisis.

Exmar said that prospects for mid-size gas carriers were positive for the rest of 2022, adding that it expected an increase in liquefied petroleum gas (LPG) production and a replacement for the loss of Russian ammonia exports with an increase in ton miles, an industry measure incorporating volumes and distance, from the Middle East and Asia.

[Offshore Engineer Note - Exmar also said that it was in talks for the potential charter of its Tango FLNG Unit, saying this could be a fast-track solution to develop LNG exports. According to Exmar, various firm discussions are ongoing for Tango FLNG's next employment.]