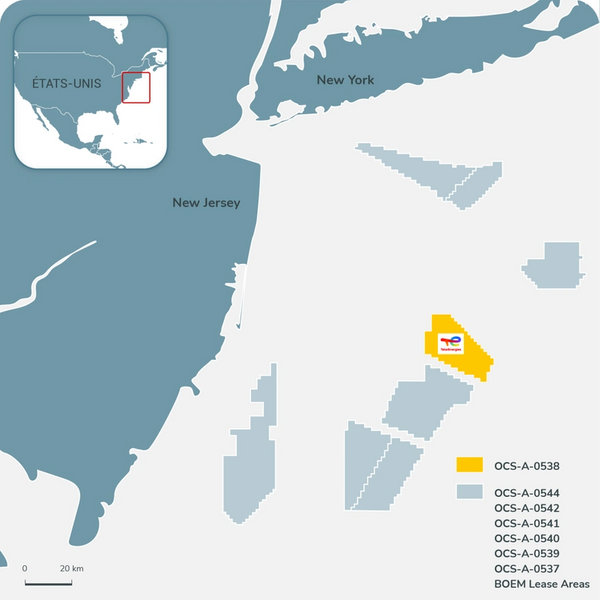 The company said the $795 million deal is for the 341 sq km New York Bight concession, which is located up to 87 km from the coasts of New Jersey and New York and is scheduled to start production by 2028.

TotalEnergies also said it would acquire Germany energy group EnBW's EBKG.DE stake in the project because EnBW wants to focus on its European activities.

U.S. President Joe Biden's administration has set a goal to install 30 GW of offshore wind by 2030 in an effort to tackle climate change and create jobs.

The leases in New York Bight - shallow waters between New York's Long Island and New Jersey - are projected to host projects able to generate up to 7 GW of electricity.