Can Qatari Gas Offset Disruptions to Russian Supply in Europe? 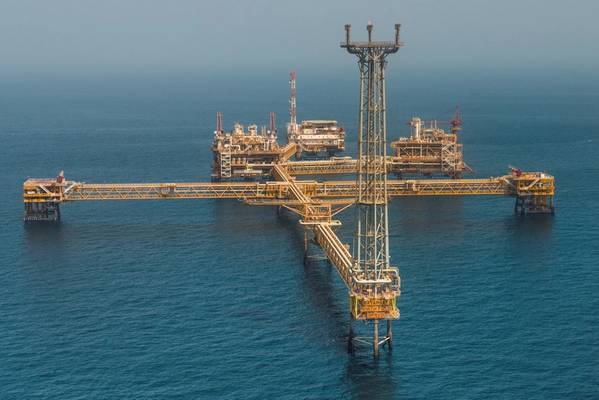 The United States, the world's top natural gas producer, has asked Qatar and other major energy producers to divert gas supplies to Europe if Russia attacks Ukraine and the United States imposes sanctions on Russia.

Russia, which supplies around a third of Europe's gas, has amassed some 120,000 troops near its neighbor but denies plans to invade Ukraine.

Any interruption of supplies because of an attack would worsen the existing energy crisis caused by a global shortage of oil and gas.

WHERE DOES EUROPE STAND?

Europe's natural gas supplies from Russia are mostly delivered through pipelines and since October last year have been well below seasonal levels.

European storage stocks are around 19 billion cubic meters (BCM) below their five-year seasonal average, according to Platts analytics, despite other sources of supply being close to maximized over recent months.

Platts Analytics expects that even if Russian flows continue, European stocks will be near record lows at the end of winter, leaving little scope to absorb a further supply shock.

European liquefied natural gas (LNG) imports hit a record high in January at 11.8 bcm, compared with a previous record in November 2019 of around 9 bcm. Nearly 45% of the LNG imports were from the United States.

HOW MUCH CAN QATAR HELP?

Qatar, a top LNG producer, has little spare supply as most of its output is locked into long-term contracts.

It could produce more by deferring second-quarter maintenance, but its Asian contracts still limit its ability to supply Europe.

Long-term, point-to-point contracts, such as those from Qatar to China or to Japan, could be amended to release supplies for Europe, but any Asian customers that agree would want compensation.

Industry sources and analysts expect Qatar to divert only 8%-10% of its LNG to Europe, and even this will take time as it takes longer to ship LNG from Qatar to Europe than to Asia.

Qatar plans to grow its LNG output by 40% with its North Field expansion project, but it will not produce until 2026.

CAN DESTINATION CLAUSES BE ENFORCED?

Qatar is asking the European Union to restrict resales of gas outside the continent to stop traders reselling at a profit, if it wants Qatar and other major gas suppliers to provide emergency supplies.

The EU sees free trade of gas as essential to energy security but major producers and some gas consumers say the reforms of the last two decades have led to complexity and higher prices.

Some traders also re-route Qatari gas to Asia for profit.

"Since the price rally in Europe, Italy appears to have diverted several Qatari cargoes to higher-priced markets, with fourth-quarter imports from Qatar down by seven cargoes from 2020," Felix Booth, head of LNG at energy intelligence firm Vortexa, said.

Industry sources said Doha would not be able to control the final destination in return for delivering excess supply because once gas reaches Europe, any previous restrictions on its destination are not enforceable and owners can reload it on to new LNG carriers.

Morten Frisch, senior partner at Morten Frisch Consulting, said regulations in Britain and most EU countries do not prohibit the reloading of LNG cargoes to countries outside Europe.

The European Commission said on Monday it would not comment on the details of discussions with international partners on gas supplies.

WHAT ARE THE CHALLENGES IN EUROPE?

Steady flows of LNG to Europe have already pushed up utilization of 30-day average regasification capacity - that converts super-chilled LNG back to natural gas - to 75% from 51% in early January in Western and Southern Europe, Rystad Energy said.

This means Europe has limited regasification and storage capacity to absorb further flows of LNG.

(Reporting by Marwa Rashad and Dmitry Zhdannikov in London; Additional reporting by Andrew Mills in Qatar and Chen Aizhu in Singapore; Editing by Nina Chestney, Pratima Desai and Barbara Lewis)